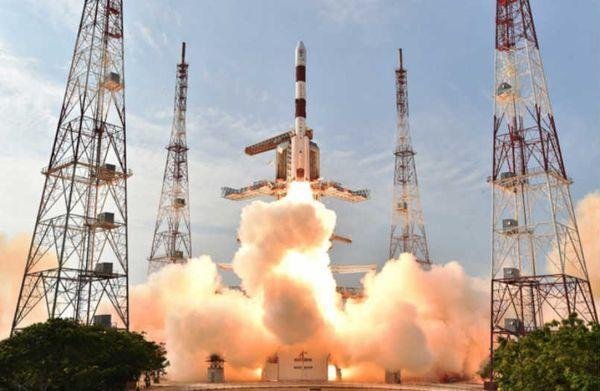 INSAT-3DR, an advanced weather satellite, was placed in orbit around 17 minutes after GSLV-F05 took off from Satish Dhawan Space Centre in Sriharikota at 4.50pm. The launch was originally scheduled to be held at 4.10pm. However, it was delayed by 40 minutes as scientists were “rechecking observations made during propellant filling.”

INSAT-3DR is the second heaviest satellite placed in orbit by an indigenous cryogenic engine propelled GSLV. The 2,211kg satellite, which will provide meteorological and search and rescue data services to the country, was injected into the geostationary transfer orbit. The satellite, with the help of its propellant, will be raised to the final geostationary orbit after two days.

It was GSLV’s 10th flight. It was GSLV’s fourth flight with the desi cryogenic engine CE-7.5, with the first three being developmental flights. “This is the third successful launch with the indigenous cryogenic engine in GSLV. It has demonstrated its consistent performance and proved to be an operational launch vehicle of India,” said director of Satish Dhawan Space Centre P Kunhikrishnan.

Isro called the present one an operational flight as the space agency was confident about the technology and its success. GSLV is a three-staged vehicle and cryogenic engine is used in the third and final stage.

INSAT-3DR, configured with an imager and two transponders, will continue the services rendered by previous satellites and further augment the capability to provide both meteorological and search and rescue services. A data relay transponder will provide meteorological, hydrological and oceanographic data from remote uninhabited locations through automatic weather stations, rain gauges and agro met stations. The other is a satellite aided search and rescue transponder that will pick up and relay alert signals originating from the distress beacons of maritime, aviation and land based users.

The imager in the satellite will generate images of the Earth disk from an altitude of 36,000km once in every 26 minutes and provide information on various parameters including radiation, sea surface temperature, snow cover, cloud motion and fog.

India has six meteorological satellites out of which three — Kalpana-1, INSAT-3D and INSAT-3DR — are exclusively for providing weather services.

Isro had conducted three developmental flights with the indigenous cryogenic engine, which it was forced to develop after it used up all the Russian-supplied engines. However, the maiden flight with the desi engine carrying a 2,220kg GSAT-4, an experimental advanced communication satellite, plunged into the Bay of Bengal minutes after it took off from Sriharikota on April 15, 2010. A study conducted later revealed that the turbo pump supplying fuel to the engine had stopped working. Since then, critical modifications were made to both the engine and the rocket before its first successful flight in 2014 and later in 2015.

Isro had faced several challenges during the development of the engine. Cryogenic engines were basically essential to put satellites in geostationary orbit, but the technology was quite sophisticated. The reasons were obvious – burning a super-cooled fuel at extremely high temperatures. Isro was faced with the task of developing a material that can withstand the high temperature and pressure during combustion.

Even while its first 7.5-tonne engine, capable to carrying two-tonne payload, developed in 2000, blew up during a test, Isro began a project to develop another engine that could carry double the weight.

With a CE-20 engine, Isro is not just aiming at launching satellites weighing up to four tonne, but also a possible future manned mission.