Is Bajirao Mastani Bollywood’s own Crouching Tiger Hidden Dragon for China; to release in over 6000 screens in China 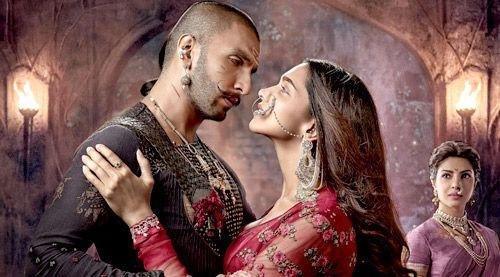 15 years back China had stunned the world with Crouching Tiger, Hidden Dragon. The Ang Lee directed film had become a global phenomenon when the Chow Yun-fat and Michelle Yeoh starrer had found acceptance wherever it was released. Its visuals had done the trick and with the kind of new action and grandeur that the film had to offer, it was considered to be an apt cinema to arrive at the turn of the Millennium. Now with Bajirao Mastani, Chinese could well be glad to have a similar film arrive on their shores, and that too on a large global scale.

“With the Sanjay Leela Bhansali film, they are ready to be stunned themselves,” informs our source, “As we talk, the deal has been almost cracked with the Chinese distributors. Bajirao Mastani, with all its splendor, would be releasing in China on a massive scale. Trade estimates put the screen count in a range of over 6000.”

“PK has been the biggest Indian release in China when it opened on 4600 screens. On the other hand Happy New Year had released at around 5000 screens. Now it is time for Bajirao Mastani to spread the wings. The Ranveer Singh, Deepika Padukone and Priyanka Chopra starrer, due to its historical theme, is being looked as a kind of cinema that Chinese would love to watch on the big screen. The similarity in cultural aspects and core ethos further helps in the relatability quotient. Distributors there are very excited and Eros, which has a huge distribution alliance with them, is putting in all the effort,” the source adds.

China is known to be quite particular about its policy of releasing non-Chinese films and have a certain set of standards and guidelines when it comes to film imports not just from India but also Hollywood.

“There would be some intense promotion and marketing required for Bajirao Mastani before it hits the screens there,” the source adds, “The principle cast as well as the director would have to visit China and spend a few days in promotion before the film is released there. This would be in early part of the first quarter of 2016. Till then, the film would be released in other countries where it is finding over 800 screens to its name, which is more than what this year’s biggest blockbuster, Bajrangi Bhaijaan, managed on its Eid arrival.”

Now that’s as massive as it gets since this would mean that Bajirao Mastani would find one of the biggest mainstream arrival for an India film in the history of cinema, hence setting new benchmarks.