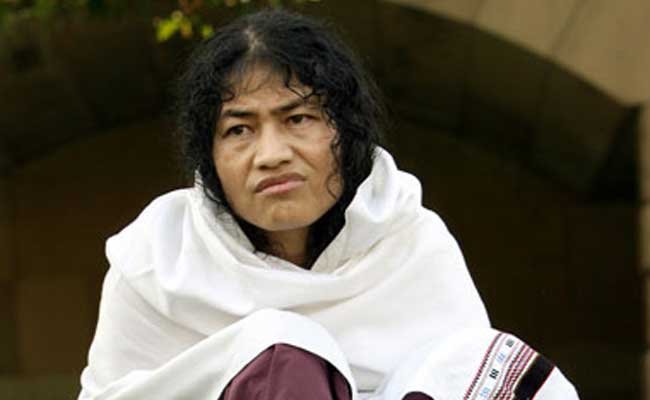 Irom Sharmila, the iconic activist whose life was defined by a fast she began 16 years ago in protest against alleged army atrocities in Manipur, has decided to recast her struggle and contest elections.

The 44-year-old told a district court in Manipur today that she will end her fast on August 9.

She also informed the court – where she is required to mark attendance every 15 days – that she wants to marry.

Aides say Sharmila wants to contest the next Manipur election as an independent candidate.

Irom Chanu Sharmila has been confined to a room at a government hospital and force-fed through a nasal tube for 14 years.

In 2014, she pulled off the tube after being released on orders from a court, which said there was no evidence that she was trying to commit suicide by refusing food – the main criminal charge against her.

The activist had hinted at “giving up her fast” in an interview to NDTV. She also declined an offer from Arvind Kejriwal’s Aam Aadmi Party to become their candidate for the national election that year.
Two years on, the announcement has left her supporters at a loose end.

Sharmila was 27 when she launched her fast in November 2000 against the Armed Forces Special Powers Act or AFSPA that gives the army sweeping emergency powers in the northeastern state. Days before she began her protest, 10 people, including two children, had been shot dead in Imphal, allegedly by personnel of the Assam Rifles.

The law allows soldiers legal immunity when they are operating in “disturbed areas” or states dealing with separatists or insurgents. Soldiers are allowed to make arrests without warrants or raid any location.

Babie Shirin, a student at an Imphal college, said: “If Sharmila enters politics and crusades against AFSPA, it will be much more effective. The fast has gone on for too long and hasn’t had the desired effect.”