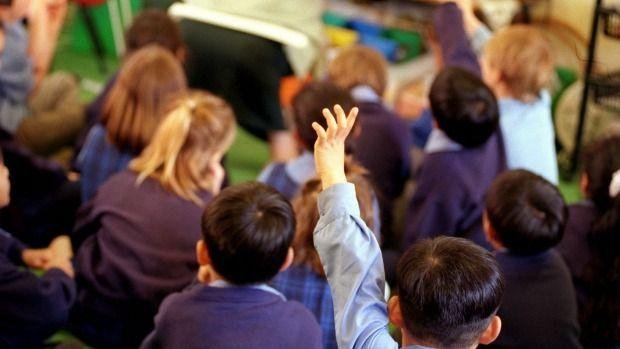 Australia has ranked behind countries like Estonia, Latvia and Croatia in the UN’s latest report on child inequality, with health outcomes for disadvantaged Aussie kids especially poor.

UNICEF’s Fairness for Children report, released this week, rated Australia 27th out of 35 on health equality and 24th out of 37 on education equality among OECD countries.

Australia ranked 13th out of 35 nations across all inequality measures.

“It gives us some insight into the dynamics of inequality and disadvantage … and it’s really showing us that that gap is widening,” Breeze told ABC television.

“As a signatory to the Convention on the Rights of the Child, Australia has made a firm promise to its children and that is to guarantee an adequate standard of living.

“What this report is showing us is that too many children are lagging behind their peers.”

Breeze said Indigenous Australian children were especially disadvantaged, and that health was a particular area of concern.

She said OECD governments needed to bolster efforts to assist needy children many of whom were slipping further behind.

“It’s really clear that governments have a responsibility to ensure that the responsibilities and obligations for all children are met,” she added.

“So we are encouraging … understanding and addressing the experience of those children who are really consistently falling behind.”

She said it was vital that equality was maximised in a child’s early years because evidence showed “it was very difficult to recover” later in life.

Thirteen out of 37 countries saw a substantial increase in the relative income gap among children under 18 between 2008 and 2013, according to the report.

In Australia, around 2.5 million people live in poverty, including more than 600,000 children.