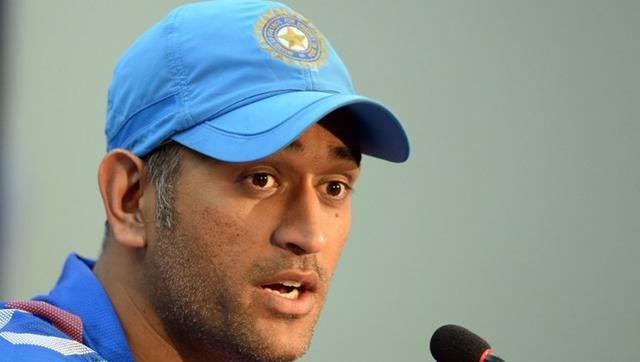 Residents of Noida’s Sector 45 Amrapali Sapphire Society had tagged Dhoni in their tweets complaining about the delay in completion of the housing project. The residents asked Dhoni to either dissociate himself with the builder or force him to complete work.

The hashtag ‘AmrapaliMisuseDhoni’ saw a total of 70,000 tweets, forcing Dhoni to react to it a day later at a press briefing.

The residents on Friday said Dhoni made a ‘safe exit’ so that his brand equity is not affected due to the controversy.

“In interviews to the media, Dhoni promised that whatever had been promised by the builder should be delivered. It is his moral responsibility to ask the builder to complete all projects immediately. Dhoni is a good finisher. And he should finish it well. His quitting is an escape from responsibility,” said RK Srivastava, a retired naval official and a resident of Amrapali Sapphire.

The first phase of project ‘Sapphire’ at Noida Sector 45, which was launched in 2009, has been completed and about 800 families have moved in out of 1,000 flats but civil and electrical work in many towers has not been completed, the residents have complained. “Many towers which were promised three lifts have only two lifts. Fire fighting system does not work,” said Srivastava.

Amrapali executive director Shiv Priya said, “Dhoni has not quit on his own. We have requested him to dissociate himself from the group because some buyers with vested interests are maligning our brand. Therefore, we do not want the negative campaign to hurt Dhoni’s brand.”

However, a source close to Dhoni said, “The contract with the company was already coming to and end and we just haven’t extended it.”

The builder said the project got delayed because of the National Green Tribunal (NGT) ban on construction on this and 26 other projects in Noida. The ban was lifted only in September 2015, said the builder.

“We have delivered 16,000 housing units in many residential projects in Noida. These projects got delayed because of environmental hurdles. But most buyers are not paying us maintenance charges. We are spending Rs 3 crore on maintenance of these 16,000 flats. How can we provide better services, if buyers do not pay for services,” said Shiv Priya.

The Noida authority on Friday issued a notice to the builder asking them to complete the work in seven days or face action.

“Now we have decided to troll UP Chief Minister Akhilesh Yadav so that he can address our grievances. We will have a meeting tomorrow and troll Akhilesh and Dhoni again because quitting will further aggravate issues,” said Pradip Garg another resident.