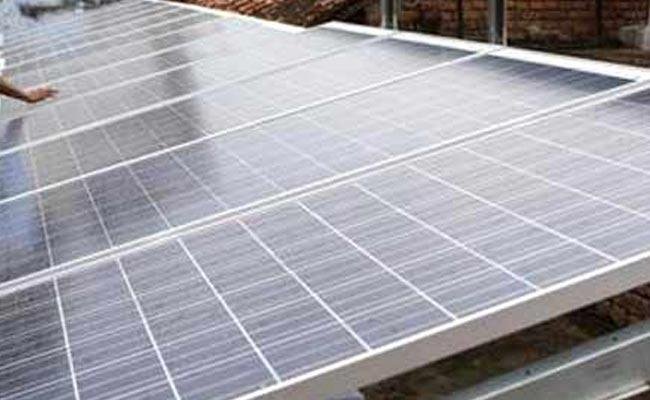 Researchers in India and the US are testing a handy solar-powered device for early detection of oral cancer which could be integrated with mobile technology, enabling faster and accurate diagnostics in rural areas.

Designed by the Beckman Laser Institute (BLI), University of California-Irvine (UCI) and the Mazumdar Shaw Cancer Centre (MSCC) in Bengaluru, the compact screening and diagnosing system – slightly larger than a shoe box – has been specially adapted for India, which has one of the highest rates of head and neck cancers in the world and accounts for the highest rate among women.

Its light-weight and user-friendly features mean even minimally educated healthcare workers in the field can apply it. The solar energy-driven device will capture images of the patient’s oral cavity and transmit them via a mobile phone to experts at the centre.

“India is the first country in which we are using the device – it was specifically designed to meet conditions and needs there. The final device will have a solar option,” Petra Wilder-Smith of BLI told IANS in an email interaction.

Recognised as a pioneer in the application of optics and lasers in oral diagnosis, Wilder-Smith said the device is based on optical coherence tomography (OCT) – an imaging technology that is similar to ultrasound, except that it uses light (a laser). Screening will be in real-time and the patient will not be subjected to harmful radiation.

“The inexpensive, very small, robust portable diagnostic system for oral cancer based on OCT will be used to screen for oral cancer in the field by basic level healthcare workers in India, and a simple diagnostic algorithm will indicate further diagnostic and treatment needs for each individual,” said Wilder-Smith, director of dentistry at BLI.

It is also disturbing to note the spike in oral cancer in young adults.

“In the US, the oral cancer rate is also high, especially in African-Americans, older persons, and tobacco and alcohol users. It is particularly troubling that recently a trend has been observed worldwide towards an increased incidence of oral cancer among young adults,” informed Wilder-Smith, stressing on early detection.

Why the emphasis on the light-based technology?

Wilder-Smith said oral cancer and pre-cancer are currently diagnosed using a visual exam, which has a poor accuracy rate, and by surgical biopsy, which cannot be performed in the field by basic-level healthcare workers.

And since existing and emerging imaging-based diagnostic tools are too expensive, too fragile and difficult to operate in remote locations, head and neck oncologist M.A Kuriakose from MSCC, who is leading the venture in India, said the probe will be of immense value in low-resource settings in rural India, where visits to dentists are rare.

“It is being tested in MSCC Bengaluru. The validation phase is 12 months. We are also planning to incorporate the transmission of the laser image from remote location via a mobile phone. Once developed, one needs to get regulatory approvals before it can be made available for wider clinical use,” Kuriakose said.

With the fabrication cost goal estimated at lower than $5,000 (Rs.335,000), researchers say the subsequent models of the probe will be wireless and 3D scan-enabled.

“The experimental model costs about Rs.1.5 lakh (lower than that of existing commercial devices). However, the commercial product cost will be significantly lower,” Kuriakose told IANS.

The collaborators are also working in close consultation to thrash out a simple diagnostic algorithm which will indicate further diagnostic and treatment needs for each individual.

“Screening will identify whether a person needs to travel to a centre with higher levels of expertise in oral cancer for further tests and potential cancer therapy,” Wilder-Smith added.