Indo-Pak talks needed but not under a shower of bullets: President 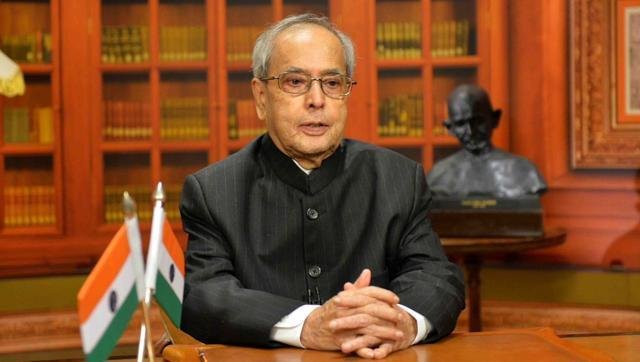 President Pranab Mukherjee advocated on Monday the need for dialogues between India and Pakistan but qualified his remarks with a caution that peace cannot be discussed under a shower of bullets.

He was referring, though indirectly, to the terror attack on the Pathankot airbase that pushed the dialogue process into uncertainty.

Ahead of the Budget session in Parliament, the President said that it is the “bounden duty” of lawmakers that legislations are enacted after due discussions and debate.

“A spirit of accommodation, cooperation and consensus-building should be the preferred mode of decision-making,” he said in his address to the nation on the eve of Republic Day.

President Mukherjee’s remarks on the India-Pakistan dialogue were significant as New Delhi and Islamabad were trying to salvage the peace process in the wake of the Pathankot attack.

“Terrorists seek to undermine order by rejecting the very basis of strategic stability, which are recognised borders. If outlaws are able to unravel borders, then we are heading towards an age of chaos,” the President said.

“There will be disputes among nations; and, as is well-known, the closer we are to a neighbour the higher the propensity for disputes. There is a civilized way to bridge disagreement; dialogue, ideally, should be a continual engagement. But we cannot discuss peace under a shower of bullets.”

President Mukherjee said the country should guard itself against forces of violence, intolerance and unreason.

In remarks that came against the backdrop of a growing debate on intolerance in the country, he said reverence for the past is one of the essential ingredients of nationalism.

“Our finest inheritance, the institutions of democracy, ensure to all citizens justice, equality, and gender and economic equity. When grim instances of violence hit at these established values which are at the core of our nationhood, it is time to take note. We must guard ourselves against the forces of violence, intolerance and unreason,” he said.

Calling 2015 as a “year of challenges”, the President said India’s economy also had to face the blowback of the subdued global economy.

“Weak investor sentiments led to withdrawal of funds from emerging markets, including India, putting pressure on the Indian rupee. Our exports suffered. Our manufacturing sector is yet to recover fully,” he said.

He also lauded some flagship programmes of the Centre to deal with the current situation.