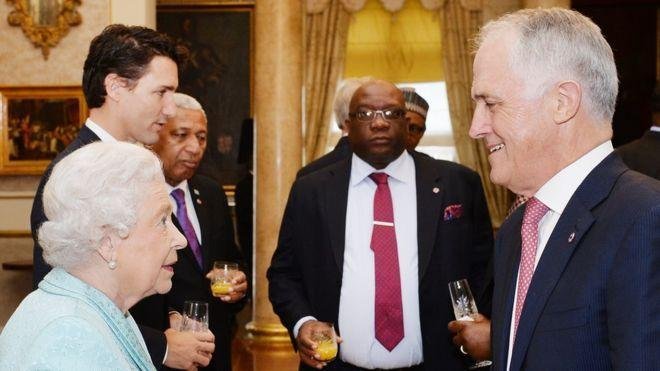 Almost all of Australia’s state and territory leaders have signed a document in support of the country becoming a republic.

The only leader who declined to sign, Western Australia’s Colin Barnett, said he was supportive of a republic but believed now was not the right time.

Australians voted against becoming a republic in a 1999 referendum.

Current Prime Minister Malcolm Turnbull was leader of the republican movement at that time.

But since coming to power, Mr Turnbull has said no change should occur until the reign of Queen Elizabeth II ends.

The state premiers of New South Wales, Queensland, Victoria, South Australia and Tasmania, and the chief ministers of the Northern Territory and the Australian Capital Territory, signed the document in favour of replacing the Queen as head of state.

The move comes the day before Australia Day, the anniversary of the arrival in Australia of the first British colonists.

At least among Australia’s politicians, the republican cause seems to be gathering momentum.

Diehard monarchist and former Prime Minister Tony Abbott is no longer in office and his replacement is not just any old republican but a one time leader of the Australian Republican Movement. He now knows all the leaders of Australia’s states and territories, as well as the leader of the opposition, share his view.

For now though, Mr Turnbull says another referendum on the issue is not a priority for him. That could change if he wins re-election later this year. But he won’t want to have a second referendum and lose.

And while politicians seem to be shifting away from the monarchy, the public are not necessarily on the same page.

One poll in 2014 showed support for a republic to be at a 20-year low, with just 39% of Australians favouring replacing the Queen as head of state. A potential game-changer might be if Prince Charles were to become their king.

“Never before have the stars of the Southern Cross been so aligned in pointing to the dawn of a new republican age for Australia,” Mr FitzSimons told ABC News.

South Australian Premier Jay Weatherill said it was “well past time for Australia to become a sovereign nation”.

“Any self-respecting independent country would aspire to select one of its own citizens as head of state,” Mr Weatherill said.

But the national convener of Australians for a Constitutional Monarchy, Prof David Flint, told the Herald Sun that republicans had not yet settled on a model to replace the current system.

“They can get all the support they want from celebrities and politicians, but they still haven’t put forward what model they want, and told us how it will improve the governance of Australia,” Prof Flint said.