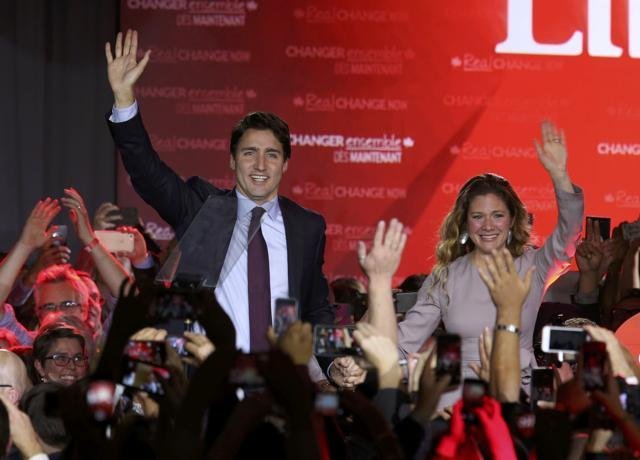 15 Indo-Canadian Liberal candidates won, while only 3 from Conservative Party got elected in the general elections to 338 seats. An Indo-Canadian belonging to New Democratic Party (NDP) also won.

“I have a strong record both as a representative of the constituency as well as working in government and in the opposition over the years I have been in Parliament,” Mr Obhrai, who began his career as a Reform Party lawmaker, was quoted as saying by the Calgary Sun.

A former two-term Liberal lawmaker Darshan Kang made history in Calgary by winning the Calgary Skyview seat by beating fellow Devinder Shory of the Conservative Party and Sahajvir Singh Randhawa of the NDP.

Other Liberal Indo-Canadians who won include, Navdeep Bains from Mississauga-Malton in Toronto, Gagan Sikand from Mississauga Streetville, Raj Saini from Kitchener Centre, Bardish Chagger from Waterloo and Bob Saroya of Conservative from Markham- Unionville.

Jasvir Sandhu of NDP from Surrey Centre also won. The Liberals are poised to get parliamentary majority that will allow them to govern without relying on other parties.

Indian-Canadians make up over three per cent of Canada’s population of about 35 million and have become a significant political force. There were eight lawmakers of Indian-origin in Canada in 2011.