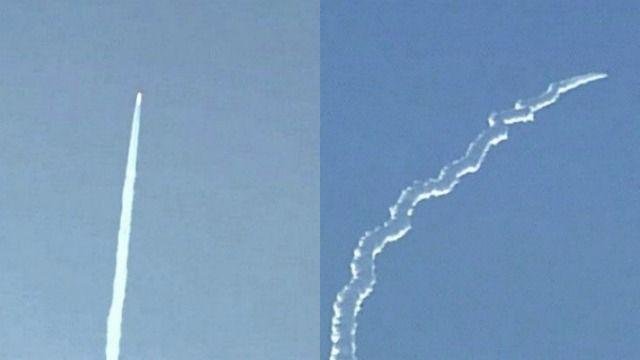 India’s first-of-its-kind ‘swadeshi’ or indigenous space satellite launch vehicle – RLV-TD – was launched from Sriharikota in Andhra Pradesh at 7 am today. The mission was declared successful 20 minutes after lift-off.

The 6.5 meter long Re-Usable Launch Vehicle – Technology Demonstrator (RLV-TD) weighs about 1.75 tons. It was built by a team of 600 scientists at a cost ofRs. 95 crore over five years.

Re-usable technology will help reduce the cost of launching objects into space by 10 times.

This is the first time that Indian Space Research Organization or ISRO will fly a winged body and bring it back to land on a make-shift runway in the Bay of Bengal. However, in further tests an undercarriage will be placed to make it land, possibly at Sriharikota.

On being asked what gave ISRO the confidence that it would succeed with a winged flight, Dr K Sivan, Director of the Vikram Sarabhai Space Centre (VSSC) in Thiruvananthapuram, told NDTV: “… we will see how far our theoretical predictions are going to match with the real flight. Based on that we will be able to find out what the right design is. This data from RLV-TD’s launch is going to be used for configuring the real reusable launch vehicle.”

“We have already identified the area where we are going to land this space shuttle at Sriharikota where a five-km long runway will be made,” Mr Sivan said.

On this flight, he said, “the vehicle will not be recovered because this vehicle is not designed for recovery. Soon after landing it will break. Our aim is to generate data so during the flight itself continuous telemetry will come in, we will acquire it, and then the data will be used”.

The final RLV will be about 40 meters in length and will also be able carry Indian astronauts.