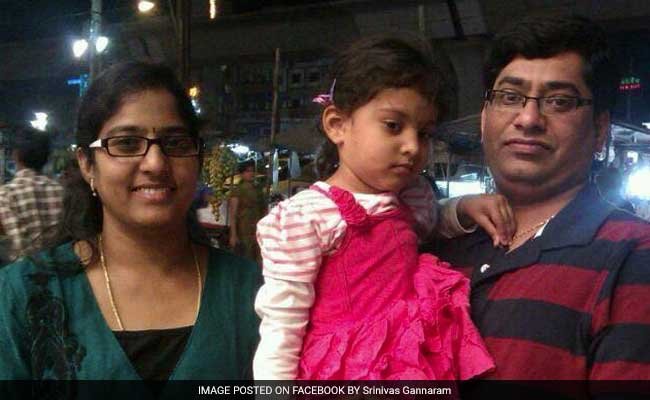 Melbourne : A 31-year-old Indian woman and her four-month-old son have died after she allegedly jumped from the balcony of their high-rise apartment in Melbourne along with the baby.

Supraja Srinivas and her son Shrihan died on the spot. Their bodies were found in the atrium of the 29-storey City Point apartment building last Thursday.

According to media reports, the family of the deceased was now planning to take their bodies to India.

It is believed that Supraja committed suicide, the report said.

Supraja’s husband, Gannaram Srinivas, an IT engineer working with Tech Mahindra, collapsed at the scene and was admitted to hospital.

The couple also have a five-year-old daughter.