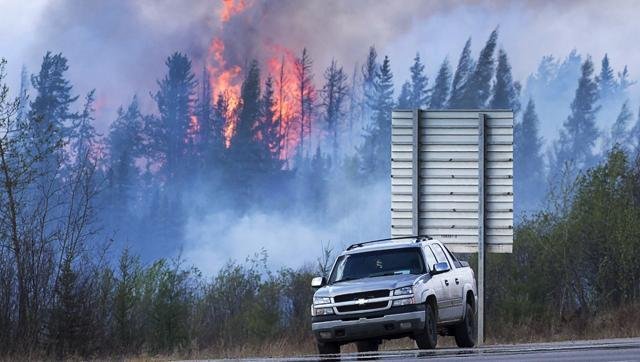 As forest fires raged through the Canadian province of Alberta last week and the city of Fort McMurray had to be evacuated, an Indo-Canadian real estate magnate decided to lend a helping hand to those fleeing the flames.

Navjeet Dhillon, better known as Bob, founder and CEO of Mainstreet Equity Corp, based in Calgary, Alberta, tracked the disaster and the resultant exodus and offered 100 apartment units rent-free for three months for those escaping Fort McMurray. Nearly 90,000 persons left that city.

“They lost their jobs, lost their homes, they were lucky they still had their cars and they drove out. We tried to help them in this difficult time,” Dhillon said. The bulk of the units were occupied within hours of being offered, the vast majority in Edmonton, the closest major city to Fort McMurray. “Our staff worked 24 hours to accommodate them,” Dhillon said.

Mainstreet is a major player in the real estate market in Canada, with nearly 10,000 units and Canadian $1.5 billion in assets. Dhillon, who was born in Japan, raised in Liberia and did his schooling in Shimla, described this as “corporate charity.”

This, of course, wasn’t the first time his company has put its assets to such use. As Syrian refugees were coming into Canada, Mainstreet put 200 suites at their disposal, again free of rent, upfront for three months and subsidised over a 12-month period. But this particular case was different, as Dhillon said, “With the Syrian refugees, we had lots of time. First of all, the government announced it and they went through the screening process and after the screening process, they went to Montreal and from Montreal they came to Calgary. So, it was a lead time of almost two months. Here we had lead time of 15 minutes. Don’t forget the city was burning and people exiting. So there was zero lead time for us to get our act together and get this thing done.”

The first time he did this was when another forest fire caused evacuation of Slave Lake, also in the province of Alberta, in 2011. “The biggest contribution you can do as a corporate citizen is residential accommodation. When they come here, what’s the first thing you need? It’s accommodation. That’s the kind of work where we step up to the plate. It is something we can give and contribute to because it’s our business,” Dhillon said.