Indian-Origin Lawyer In Line For Shadow Cabinet Role In UK 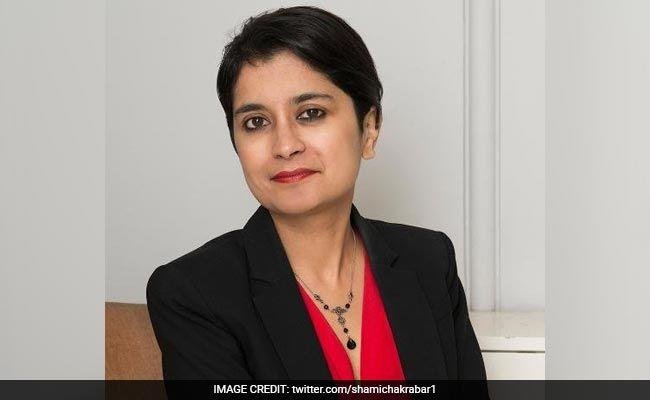 LONDON: An Indian-origin human rights lawyer in the UK is reportedly in line for a prominent role in Labour leader Jeremy Corbyn’s shadow cabinet.

Shami Chakrabarti, who recently became a Labour member of the House of Lords and also chaired the party’s anti-Semitism inquiry, is likely to be appointed shadow attorney general, ‘The New Statesman’ said in a report.

Corbyn, re-elected as Labour party leader after over- coming an attempted coup by some members of his party, is expected to unveil his shadow cabinet by next week.

Some Labour MPs who had quit the shadow cabinet in late June in a revolt against him are expected to return to the front benches and others who had not previously served are also expected to join.
Baroness Chakrabarti, a leading human rights campaigner and former director of rights body Liberty, is expected to step into the role which has been unfilled since Karl Turner resigned in June.

Earlier this week, Corbyn said he will appoint a “very, very effective” front bench team within the next fortnight to take the fight to the Conservative party.

“I will be appointing ahead of the return of Parliament [October 10] to ensure that we have an effective shadow cabinet. We are filling the positions but we are not announcing anything this week. It is all going to come later on,” Corbyn said.

At the Labour party conference in Liverpool, Corbyn said on its concluding day: “The central task of the whole Labour Party must be to rebuild trust and support to win the next general election and form the next government. Let’s be frank, no-one will be convinced of a vision promoted by a divided party. We all agree on that, so I ask each and every one of you, accept the decision of the members, end the trench warfare and work together to take on the Tories.”