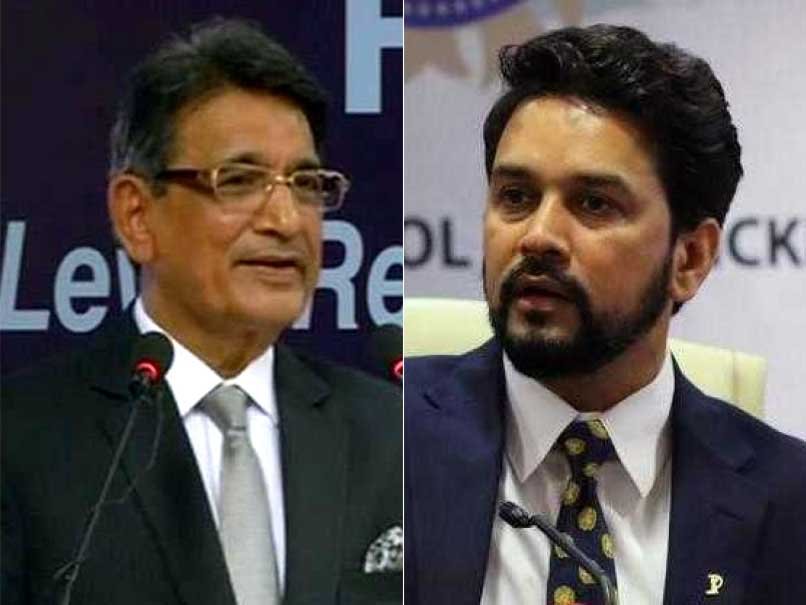 Pushed into a corner by the Supreme Court after failing to comply with the Justice RM Lodha Panel recommendations, the beleaguered Board of Control for Cricket in India (BCCI) appears to have been left with no option but to adopt them in totality at its Special General Meeting on Friday.

The SGM has been convened to consider the amendments to the rules and regulations of BCCI as recommended by the Justice Lodha Committee.

But in the light of the stinging remarks by the Supreme Court on Wednesday asking BCCI to “fall in line” after the Lodha panel sought removal of the top brass of BCCI, the Board needs to find a way to adopt reforms and avoid forcible exit of its officials. The Chief Justice said it will take up the matter on October 6.

In violation of specific instructions issued by the Lodha panel, which had been asked to monitor the implementation of the reform process by the Supreme Court, the Board at its AGM appointed the working committee, standing committees, selection panels and Ajay Shirke became the secretary.

The Lodha panel, by email dated August 31, had issued the direction to BCCI in the context of the First Compliance Report submitted by the Board six days earlier, that the BCCI was asked to transact only ‘routine business’ at its AGM.

“The Committee now directs that this AGM be limited only to ‘routine business’ concerning the past year (2015-2016) and that any business or matters relating to the next year (2016-2017) be dealt with only after the adoption of the MoA and Rules as per the recommendations of the Committee in accordance with the same,” the Lodha panel had said in its directive to the Board.

“The purpose of this direction was to ensure that the recommendations which had to be implemented are not circumvented by delaying the formal adoption of the MoA and Rules & Regulations by the BCCI by creating fait accompli,” the Lodha panel said in its status report to the Supreme Court.

After mentioning that the minutes of the AGM had not been furnished to it, the panel said in its status report to the apex court that “the decisions Nos.2, 3, 5, 6 & 8 (as uploaded on the BCCI’s website) are in violation of the aforesaid directives issued by the SC Committee on 31.8.2016 and frustrates the implementation of this Hon’ble Court’s judgement.”

“With as many as 7 of the Timelines to be complied with by 30.9.2016, it is now clear that the BCCI is in no position to ensure that the time lines mandated to be laid down by this Hon’ble Court are complied with,” the Lodha panel has said further in its status report.

Stating the violations by BCCI, the Lodha committee sought directions from the apex court to supersede the present BCCI office Bearers with immediate effect and appoint in their place a Panel of Administrators to ensure the smooth transition from the old to the new system recommended by the committee.

It also sought the SC bench to direct that all decisions of the BCCI taken after July 18 “which are contrary to the judgement dated 18.7.2016 of this Hon’ble Court and/or the directives of the SC Committee for implementing the same are ineffective; and any other direction as may be deemed fit for the implementation of the judgement dated 18.7.2016.”

Following the status report filed by the Lodha panel, the special bench of the Supreme Court headed by Chief Justice T S Thakur passed stringent remarks on Wednesday against the Board “to fall in line” and implement the Lodha panel reforms as per its earlier judgement.

In the backdrop of the Supreme Court’s ire, there seems to be no escape route left for the BCCI bigwigs headed by president Anurag Thakur except to drop its combative attitude at its SGM.