India set to contribute as new engine of global growth: PM Modi in US 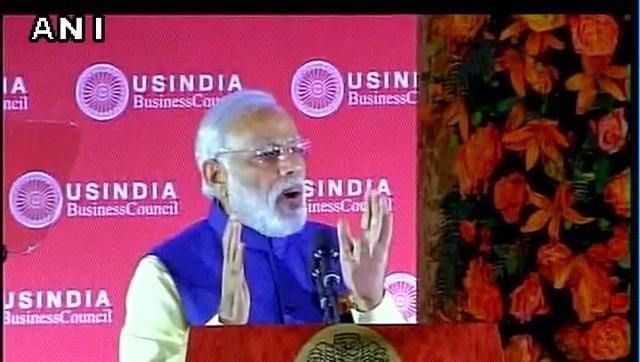 Observing that the world needs a new engine of growth, Prime Minister Narendra Modi today said India is poised to contribute as the new engine of global growth and asserted that a larger Indian economy has “multiple benefits” for the world.

“This is the time when the world needs new engine of growth. It would be nice if the new engines are democratic engines,” Modi said in his address to the American business community at the annual gala of the US India Business Council (USIBC).

“Today India is poised to contribute as a new engine of global growth. A larger Indian economy has multiple benefits for the world,” the Prime Minister said as he listed out the achievements of his government in economic reforms and liberalization of policies.

As a result, India has now emerged as the one of the fastest growing economies of the world and urged the American businesses to come and invest in India, set up efficient manufacturing units.

“India is much more than a market,” he said, adding that it is a “reliable partner”, as he listed out the key features of a resurgent Indian economy that is geared to become “driver of global economy”.

The Prime Minister said that a larger Indian economy has multiple benefits for the world.

The Prime Minister said as India marches ahead on the path of development, it needs to learn from the America experience, in particular its entrepreneurship, technological advancement and products which ranges from drugs to drones.

“Indeed, to me America is not just has a great past, but it is a country with an exciting future,” the Prime Minister said.

Modi exuded confidence that Indo-US partnership would benefit both the countries.

“We would continue to have disciplined and prudent macroeconomic policies,” he told the US corporate leadership.