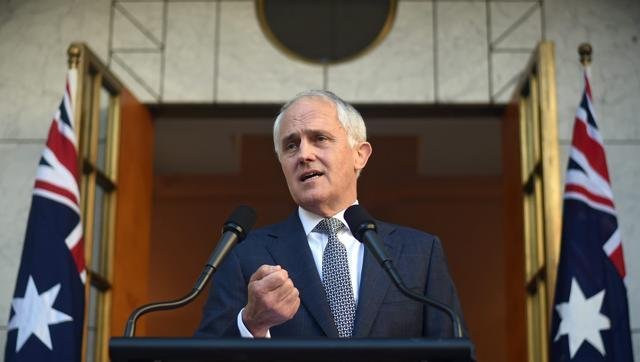 India announced on Sunday it had finalised a civil nuclear deal that would allow it to buy uranium from Australia in a bid to overcome chronic power shortages that have crippled the economy.

The statement came after Prime Minister Narendra Modi met Australian counterpart Malcolm Turnbull on the sidelines of the G20 summit in Turkey, more than a year after the two countries signed a preliminary pact on the peaceful uses of nuclear energy.

With this move, India becomes the first country to buy Australian uranium without being a signatory to the international nuclear non-proliferation treaty to prevent the spread of nuclear weapons and weapons technology.

The agreement gives an edge to India-Australia bilateral relations and makes Canberra a long-term reliable supplier of uranium to New Delhi.

“PM @narendramodi thanked PM @TurnbullMalcolm and described the nuclear agreement as a milestone & source of trust & confidence,” tweeted foreign ministry spokesperson Vikas Swarup. “With the completion of procedures, including administrative arrangements, the #IndiaAustralia Civil Nuclear Agreement will enter into force.”

India has less than two dozen small reactors at six sites with a capacity of 4,780 MW, or 2% of its total power capacity. It plans to increase its nuclear capacity to 63,000 MW by 2032, adding nearly 30 reactors at an estimated cost of $85 billion.

India currently has nuclear energy agreements with 11 countries and imports uranium from France, Russia and Kazakhstan.

However, the Australian government did not make any announcement on the completion of the deal which was pending for ratification since last year at the Australian parliament.

India faced Western sanctions after testing nuclear weapons in 1998 but the restrictions eroded after a deal with the US in 2008 that recognised its growing economic weight as well as safeguards against diversion of civilian fuel for military purposes.

Recently in New Delhi, Australia’s trade minister Andrew Robb had expressed confidence that Australian processes for bringing the nuclear agreement into force would be clinched before the end of 2015 as the process continued to be on track.

Australia has about 40% of the world’s uranium reserves and exports nearly 7,000 tonnes of yellow cake annually.