India Among The Fastest Growing Economies, But Can Do Better, Says Arun Jaitley 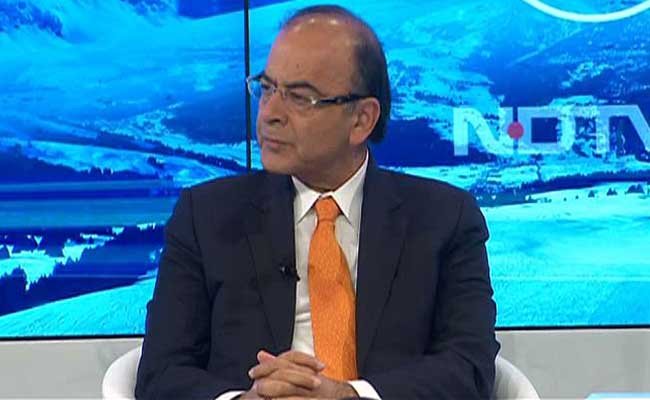 Davos:  India is among the fastest growing major economies, but it can do much better, Union Finance Minister Arun Jaitley told NDTV today at the World Economic Forum meet in Davos.

At a discussion on  how can India be a global resource for innovation, growth and talent, Mr Jaitley said, “Fastest is not good enough for India… We are growing at 7-7.5 per cent. In a more favourable environment, getting an extra 1-1.5 per cent is not difficult.”

Talking of reforms, Mr Jaitley said, “Rationalisation of subsidies is one of biggest reforms that has taken place… it is an unsung reform.” The rationalisation, he said, has helped the government re-plan expenditure.

The fall in oil subsidies has also provided a lot of flexibility. “It is wrong to say the government is pocketing the bonanza from oil. We have been able to re-engineer government spending quite a bit,” he said.

The minister’s statement came on a day the Sensex tanked by nearly 500 points to slip below the 24,000 mark for the first time since BJP’s huge victory in the 2014 Lok Sabha elections.

But industrialist Sunil Mittal, who was also participating in the discussion, said he was bullish on India and the “Government policies are on the right track.”

The government has opened up several sectors for foreign investment, but the failure to bring about crucial reform measures like the Goods and Services Tax (GST) Bill and the Land Acquisition Bill, which would make it easier for businesses to buy land, passed in Parliament, has taken a toll.

Mr Jaitley said, “GST is certainly going to come… I have conveyed my reaction to the leaders of Congress.”

- Advertisement -
Share
Facebook
Twitter
Pinterest
WhatsApp
Previous articleDiana Hayden, 42, on Why She Decided to Freeze Her Eggs 8 Years Ago
Next articleEasing The Squeeze : Up To 90 Extra Inner West Light Rail Services Per Week
- Advertisement -