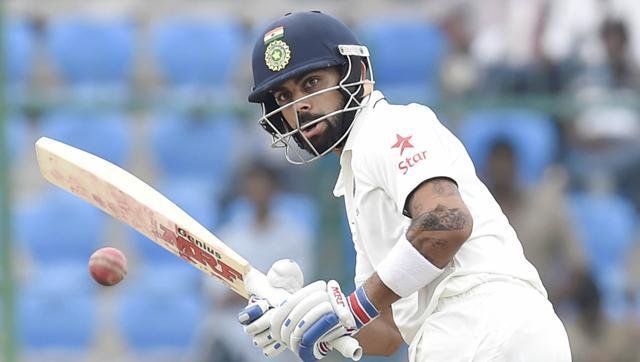 Away from the 50-over format for a while, India were placed third while mainstay Virat Kohli held the second position in the batting chart in the latest ICC ODI rankings which were released on Friday.

With 813 points in his kitty, Kohli was only behind South African talisman AB de Villiers and a place ahead of another experienced South African player Hashim Amla in the batting list.

Besides Kohli, Rohit Sharma (7th) and Shikhar Dhawan (8th) were the other Indians in the batting list dominated by the South Africans and the Asian giants.

No Indian bowler featured in the ODI chart, and there was no one from the country in the allrounder list as well.

As far as future team movement is concerned, fourth-ranked South Africa have a chance to climb up to second position in the ICC ODI rankings when they host number-one ranked world champions Australia in a five-match series from September 30 to October12.

While Australia and South Africa will aim to consolidate their current positions, Bangladesh, the West Indies and Pakistan will target to improve their rankings.

World champion Australia is currently on 124 points and without an immediate threat to its top ranking with New Zealand second on 113 points.

For Australia, a 3-2 series win will maintain their current 124 points with a maximum drop to 118 points in the case of a 5-0 series whitewash. Even if they also loses their preceding one-off match to Ireland and get blanked by South Africa, Australia will retain number-one position at 116 points with South Africa behind it on decimal points.