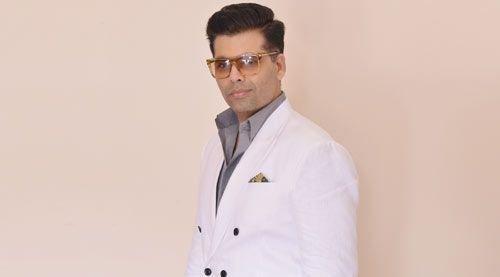 Filmmaker Karan Johar, whose upcoming Bollywood entertainer Ae Dil Hai Mushki stars one of Pakistan’s most popular actors, Fawad Khan, says the Maharashtra Navnirman Sena’s demand to ban Pakistani artistes from working in India is not a solution to terrorism.

Karan’s comment comes after the MNS on Friday threatened all Pakistani artistes to leave India, failing which it said it would stall the shooting of their films. The MNS st ancecame after 18 Indian soldiers were killed in a terror attack at Uri in Jammu and Kashmir.

On Sunday, Karan said on a news channel: “I understand the anger and the anguish that surround us and I empathise, my heart bleeds for the lost lives. There is nothing that can justify this terrible feeling of terror. Then you are faced in a situation such as this (asking for ban on Pakistani artistes). If this was truly a solution, then one would take it.”

“But this is not a solution. I don’t believe it is. There are larger forces that have to come together and sort the situation and this cannot be banning talent or art.”

The 44-year-old who has been under verbal attack from various quarters for casting Pakistani talent in his film, says that he feels “vulnerable” while speaking about the issue publicly.

“I feel vulnerable and scared while even saying this. I completely feel the pain and anger. If my film is targeted because of this, it will make me exceptionally sad because my intent was always to put out a creative product out of love and nothing else,” he said.

When asked how will he deal with the threats, Karan said: “I don’t know… I beseech everyone to look at it holistically and understand the situation, that there is a larger situation here and it has nothing to do with banning talent. Let’s look at it from a larger perspective and find the answer.”

The director shared that sometimes creative people feel so frustrated that they just want to “fold hands and say ‘Leave us alone’.”

“I am not somebody who can find the answer. I am nobody in the scheme of things. I am just a filmmaker, telling a love story. Today I feel that I am a vulnerable soft target. I have faced it, felt the repercussions of it in the past, and I have constantly combated that.”

“Sometimes, you just want to fold your hands and say, ‘We are a creative industry. Please leave us alone. We make movies, we spread love. There are millions in the world, in our country who are happy with the work we do, allow us that…’ I think we should just not be those soft targets anymore. We don’t matter in the scheme of things but we can make things happier and better,” he said.

Apart from Karan, even superstar Shah Rukh Khan and the Bhatt camp were under attack by some people, for bringing in Pakistani talent in India. SRK is working with Mahira Khan in “Raees”, while the Bhatts have worked with multiple talents from the other side of the border in their various productions.

Singer Abhijeet Bhattacharya has been vociferous in his anger against them. He has called for “ActAgainstPak” and called “Johars, Bhatts, Khans” traitors. “Shame Karan Johar, Mahesh Bhatt for breeding, feeding them #UriAttack,” he said on Twitter.