I’m not going anywhere. I want to act till I’m 80: Kareena Kapoor Khan 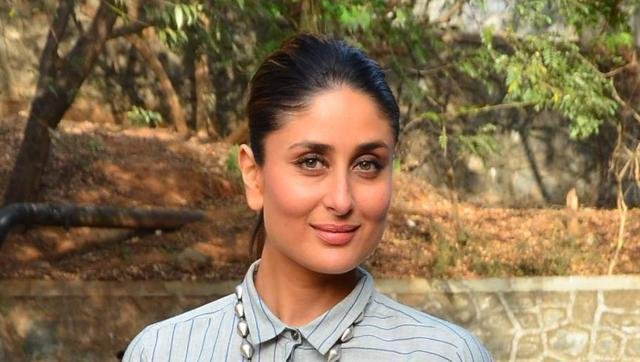 For almost 16 years now, Kareena Kapoor Khan has been an integral part of the Hindi film industry. Not only has she had many commercial hits, like Jab We Met (2007), Bodyguard (2011), and more recently, Bajrangi Bhaijaan (2015), but is also known for her roles in several critically acclaimed movies such as Chameli (2003), Dev (2004) and Omkara (2006). And, according to the actor, the way actresses are perceived in Bollywood has undergone a change.

“Directors respect actresses more now. In the ’90s, the industry was very male centric. But, even when I made my debut, with Refugee (2000), I had a great role in it,” says Kareena, adding, “Back then, I did films like Chameli and Omkara. Now, with films like Neerja doing so well, I think directors have come to understand female actors a lot better. The disparity will remain, but with films like Tanu Weds Manu (2011) doing well, I think the pay cheques will also change.”

Despite being born into a family of film stars, Kareena has faced her share of hardships, and, contrary to assumptions, hasn’t had it easy. Ask her if she has any regrets, and she says, “No journey is complete without mistakes, and nobody is perfect. It is the imperfections that make a human being beautiful. But I have no regrets, because I never look back. I only move ahead. Life is too short to have regrets.”

Over the course of time, Kareena has consciously slowed down. She says she’s in no rat race. The actor wants to do films that interest and challenge her. Kareena has also learnt to detach herself from the fate of her movies. “You realise that this (failure and success) is part of your life. I’m very happy with what I have, and the fire in me is still burning. There’s always a journey ahead. I’m not going anywhere. I’ve parked myself here,” she says.

Kareena adds that though she may have been taking it easy, it doesn’t mean that she isn’t ambitious anymore. Her “passion to work” still exists. “Over time, you become calmer and relaxed. But that doesn’t mean I’m not ambitious. I’m still not satisfied, and I don’t think an actor should ever be satisfied, because then, you become lackadaisical. I want to act till I’m 80,” says the actor.