If no budget cuts, no tax cuts: Morrison 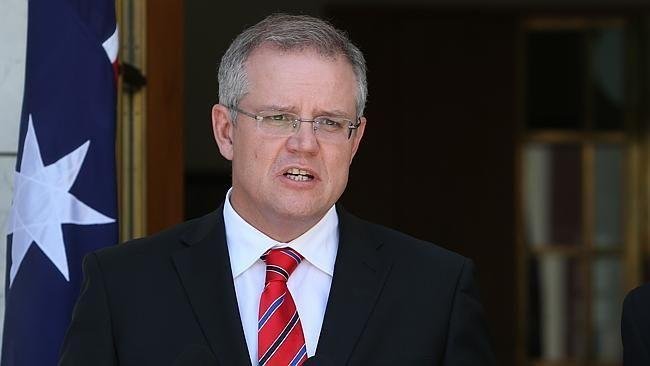 Treasurer Scott Morrison says the most crucial measures in his first May budget will aim at getting federal government expenditure under control.

The Australian Chamber of Commerce and Industry in its pre-budget has warned that if government spending continues to grow faster than the economy Australia will need to continuously raise taxes.

“If Australia waits until the system breaks we will consign the next generation to readjustments like those implemented recently in Greece and Spain,” the chamber’s chief executive Kate Carnell said.

She says family tax benefit part “B” should be scrapped, raising $13.9 billion over four years and a means-tested child care benefit scheme would save $250 million a year.

The chamber has also proposed transforming pension payments to owner-occupiers into a loan that would be recoverable against their property when it is sold.

“Changes to the age pension could foster innovative financing solutions that guarantee that pensioners can remain in their homes and still save billions of dollars from spending,” Ms Carnell said.

There must be community support to fixing the nation’s spending problem and early action will give the government more time to phase in changes.

“Focusing on delivering outcomes efficiently rather than reducing services or shifting costs will also make reform easier,” she said.