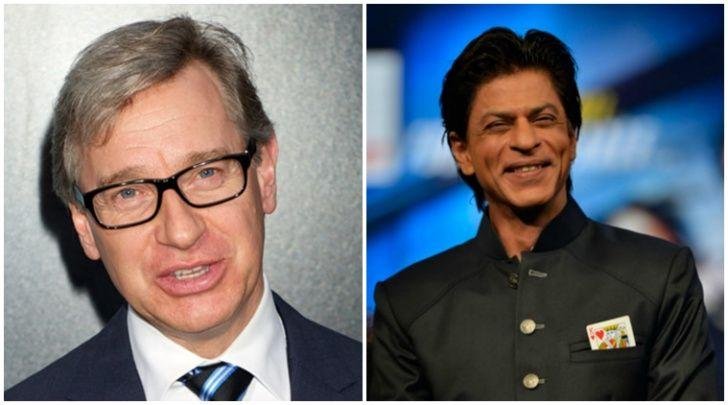 Paul Feig made dinner plans with Bollywood’s ‘Badshah’, Shah Rukh Khan on the virtual world, and now he is keen to take it forward in a more professional way. The Hollywood director says he “would love” to make a film with the Indian superstar.

The director, who is busy with his film Ghostbusters, also shared that his wife Laurie is a “Bollywood fanatic” and a big fan of Shah Rukh Khan, who has spent over two decades in filmdom and has earned epithets like King Khan, King of Romance and Badshah.

“I would love to do a film with Shah Rukh. My wife would be so happy,” Feig told IANS here. “I won’t see my wife again,” he quipped.

Back in May, when Shah Rukh Khan hosted a star-studded dinner party for Apple CEO Tim Cook Feig’s wife had tweeted: “Some day I hope Paul Feig can be welcome at Mannat! Dream, Shah Rukh Khan.”

Shah Rukh had then invited the couple over for a meal. The Spy director had then responded: “You’re on, Shah Rukh Khan! I’ll bring the ketchup. It would be an honour to meet you. Many thanks, my friend.”

When asked about the virtually fixed dinner date, during a press event organised by Sony Pictures Entertainment for select media from across Asia for Ghostbusters here, Feig shared the fascination he has for Indian cinema and the superstar.

Feig’s wife’s favourite movie is Shah Rukh-starrer Om Shanti Om, the director shared. Right now, it is all about ghosts and women for Feig.

Feig, known for his flair of weaving comedy and action elements into his films, has given a ‘female-centric’ twist to Ghostbusters, a reboot of the famous 1984 eponymous American supernatural horror comedy.

He has infused new life to the story with advanced technology and by replacing the male protagonists with a female cast, roping in stars like Melissa McCarthy, Kristen Wiig, Leslie Jones and Kate McKinnon. The film, which also stars Chris Hemsworth, will release in India on July 29.

The press event was held in anticipation of the release of Ghostbusters and was attended by McCarthy as well. McCarthy chipped in to say that Laurie’s airplane journeys are always “amazing” thanks to Bollywood.

“Whenever we ask, ‘How was your flight?’ She says, ‘I saw Bollywood… It was amazing, incredible’,” McCarthy said.