The India Australia Business & Community Awards (IABCA) Ambassador program has national representation and is a testament to the talent that exists within the youth of this diaspora.

Our Ambassadors engage and connect with Gen Y, young business leaders, entrepreneurs and professionals in spreading the key message of leadership and community spirit. They actively promote the IABCA message far and wide and aim to showcase talent within the younger demographic.

We thank our 2016 IABCA Ambassadors for their time. Please visit our website www.iabca.com.au for further information. 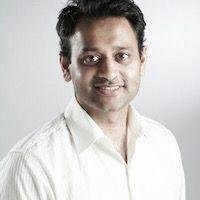 He works in western Sydney and fly in and out of regional New South Wales. He is an elected councillor in the City of Canada Bay. He is the author of migration memoir ‘The Exotic Rissole’ and writes for the mainstream press. He is the co-founder of bddiaspora.com, a site aimed at the desi diaspora.
He appears regularly in the media, most commonly on Weekend Sunrise where he does a regular mental health segment, Sky News and writes a regular column for the Spectator Australia magazine. He has co-hosted prime time gameshows and presented international news stories for Channel 7.
He is a former Board member of the Advertising Standards Bureau, the Australian Multicultural Council and the Australian Medical Association- where he was the national representative for junior doctors. He was chosen by a Prime Minister’s committee as one of a hundred future leaders of Australia. 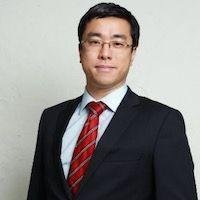 As a journalist and multimedia producer for almost a decade, Ky has interviewed Australia’s top CEOs, directors, regulators, ministers, as well as business owners and inspiring start-ups. He has written and produced videos on a range of topics including business, lifestyle and technology, and has published op ed on social issues. Besides his work at SBS Radio, Sky News Australia and Fairfax’s Australian Financial Review, Ky regularly appears on ABCNews24 TV, Radio National and Hope 103.2. He has a keen interest in ethnic communities and regularly appears and hosts panels on ethnic diversity issues. Before his journalism career, Ky worked for five years in consulting and marketing for organisations such as KPMG, CommSec and Macquarie Bank. 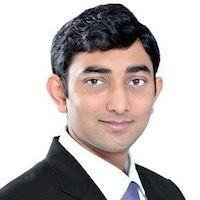 AdanctIn Group is a fast growing, award winning professional services company with specialization in Software Testing Services to organizations that help them improve their Testing Processes and Quality. Adactin has been won numerous awards in past few years including winner of Deloitte Technology Fast 500 Asia Pacific 2014 and Anthill top 100 Coolest companies of Australia 2014.Technology geek himself, Navneesh has authored two books on Test Automation which are ranked amongst top 20 testing books on Amazon.com. His second book was launched by Dr Geoff Lee MP. He has a considerable global audience and has presented at multiple international forums as a speaker. With numerous certifications, he also has a patent to his name and the corresponding application (eJobTree) was recently awarded with Australia Anthill Smart100 award in Innovation category. 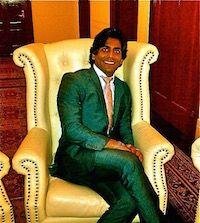 He has a broad multinational experience in the telecommunication pharmaceutical, medical industry and real estate sales. His career started as coordinator for MBF’s, GP Asthma Management campaign in 2000. He then worked as telesales executive for Virgin Australia where he achieved outstanding result in sales. During his tenure in Virgin Mobile, he also helped with marketing projects and training staff members at various stores in and cross Australia until 2003. From 2003 until July,2014 Indranil worked for Altana Pharma, AlphaPharm and GSK promoting several medications as territory manager to doctors and specialists in NSW, Australia.Indranil also undertook projects for private consortium in Australia as medical device purchaser for surgical and dental markets and for Bombay Burma Company of India to facilitate TGA approval for various medical devices in Australia. 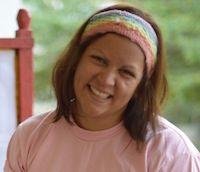 She is originally from Sydney, she has been living in Siem Reap, Cambodia, since 2011. Passionate about developing the capacity of citizens in developing countries. Thanks to her commitment to capacity building, HHA will be entirely locally operated by mid-2016, enabling Cambodians to empower their impoverished villagers out of poverty through education, vocational training and community support programs. Sally will remain on the Australian board when she departs, where she is responsible for raising funds for HHA’s ongoing running costs. Sally is no stranger to volunteering, having held several roles in Australia to address poverty, disease and education issues. She is committed to raising awareness about the issues associated with ‘voluntourism’ in developing countries, and plans to continue this when she moves back to Australia. Sally holds a Bachelor of Business from the University of Newcastle. 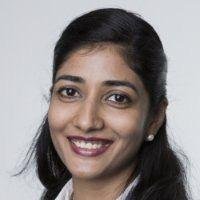 She holds a Bachelor of maths from Bangalore university in India. Deepa has great deal of experience in dealing with people from different backgrounds, she has found her success in being straight in a crooked situation. Her interests outside of work include Classical Indian Dancing with many public dancing displays. She is an active coordinator of public events such as Bollywood stars directly from Indian invite to Australia to perform nationally. She was part of a successful Pilot in SA in the CBA which identified areas to improve market share, through the test and learn that she was a pivotal part of the formation of the role nationally. She is on the Executive committee of the Indian/Australian Association of South Australia. Iaasa is a community organization which promotes Indian art and culture through various community initiatives. 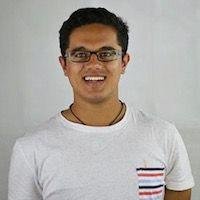 Navdeep takes it upon himself to step up and make an impact in the wider community, on a local or international level. Navdeep has been in youth work, counselling troubled youth who face issues ranging from self-harm, divorce and rape. This counselling is done both in a one to one and camp setting. Navdeep also contributes to organising an annual Indian Community fundraiser on the Gold Coast, an Indian Youth camp in Brisbane, mentoring Indigenous youth, and presenting in-school youth leadership workshops. Navdeep also MC’s for various community events, from charity fundraisers to cultural centre events and even small business gatherings. Navdeep is also on the board of a youth focused non-profit set to launch in the next 6 months. Navdeep can be defined as a person who strives for positive impact. 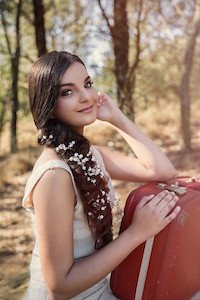 Kerry-Anne is of Macedonian-Indian heritage and is a model as well as a pageant title holder. She is very dedicated to charity and spends most of her spare time raising funds for various charities, she has raised over $35 000 for charities including: Make A Wish Australia, Variety Children’s Charity, Children with HIV in Cambodia, Breast Cancer Awareness, Brainstorm, Cerebral Palsy research, Building a school in Leyte – Philippines and Ovarian Cancer research. Her most recent goal was accomplished when she raised over $5100 for Make a Wish Australia in the span of 3 months. She is an advocate against bullying as she was bullied for many years growing up. She encourages bullying victims to speak up and don’t allow themselves to be hurt. As well as compassion for humans. She has also volunteered at her local retirement village where she helped the residents make Christmas decorations. 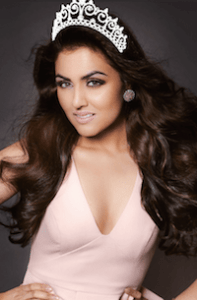 She is a beauty queen, actress, author and humanitarian. She has also been Miss World Australia 2015 – Miss Multimedia and Runner-Up. After high-school Ananya was awarded a place to study Undergraduate Medicine (MBBS) at the University of Newcastle. During medical school she founded a group named ASPIRE to promote international rights and equality. She was also awarded many scholarships including the John Flynn Placement Program. She has studied at NIDA – National Institute of Dramatic Art. Ananya has a passion for writing and has contributed to international publications (e.g. Mind Body Green) and recently released her debut book ‘15 Poems to Change the World’. Proceeds from this book will go directly to the ‘Indigenous Literacy Foundation’. Ananya believes in the importance of community service and has co-founded an NGO, The Vitamin Project. During her reign she is using her platform to support numerous philanthropic organisations. She is currently an ambassador for the Bully Zero Australia Foundation, Variety the Children’s Charity and a White Ribbon Advocate. She is also the official ambassador for Origin Cricket Australia. 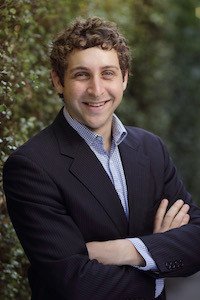 Shaun is also the co-founder of Australia India Youth Dialogue. A forum which has hosted four successful dialogues in Australia and India. He has worked at various top-tier law firms in India and Australia. Shaun graduated with distinction from Oxford University (UK) and was the top graduating law student from his cohort at Macquarie University (Australia). He has also studied at the National Law School of India University (India), giving him an in-depth understanding of the Australian and Indian legal systems. Shaun is passionate about promoting the Australia-India relationship and has published a book entitled “Australia and India: A Comparative Overview of the Law and Legal Practice”, a volume which has received contributions from judges, leading barristers, academics and legal practitioners. Running his own advisory practice, Australia India Advisory, Shaun assists Australians to better understand business opportunities in Asia, particularly in India. He currently advises numerous Australian organisations assisting them with their entry and expansion into India. 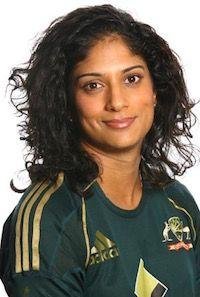 Lisa made her debut for Australia in 2001 and has been part of four successful World Cup victories, with the last one being held in India, 2013. During her time with the Australian team, she was vice-captain from 2006 – 2008 and had the privilege of captaining her country for a few matches. Lisa is the first player in women’s cricket history to have scored over 1000 runs and taken 100 wickets. At a state level, Lisa made her debut for NSW in 1998 and has been part of winning an incredible 15 WNCL titles out of a possible 17, leading the Breakers to five consecutive titles as Captain. She is the highest all-time wicket-taker in the WNCL, claiming 150 scalps, as well as being the most capped player in the competition. Apart from representing her country and state, Lisa published her autobiography, Shaker, which she launched in India in March 2012. Off the field, Lisa is still heavily involved in cricket, as a specialist coach with the Australian women’s team and the NSW Breakers. In addition to her coaching, Lisa has joined the ABC Grandstand commentary team for Test and One-Day International Matches this season. Finally, Lisa is the first female appointed on the Australian Cricketers Association Executive committee, and is co-founder of the Women’s ICL that looks to create opportunity, performance and education through the vehicle of cricket both on and off the field.