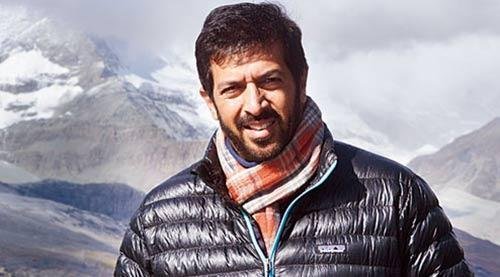 Post the Pakistan court’s decision to ban Kabir Khan’s Phantom on the basis of 26/11 mastermind Hafiz Saeed’s allegation against the film that it contains “filthy propaganda” against him and his political outfit, the film’s director fears for his life.

A source close to Kabir Khan says, “These are not good enemies to have. People who can slaughter scores of people in terror attacks wouldn’t think twice about harming someone who they believe to be harming their interests. We are concerned about Kabir’s welfare. And we wish our government would provide him security.”

Kabir Khan says more than him his wife Mini Mathur is worried. “Thanks to Hafiz Saeed, the world press has descended on me. I just hope my life is not under threat. My wife is genuinely nervous. I hope my country will protect me.”

In the meanwhile, Sajid Nadiadwala the producer of Phantom has expressed concern over the safety of the entire cast and crew of Phantom.

“It is just a film. A political thriller, no doubt provocative but at the end of the day, fictional. The political angle is part of the script. We don’t claim to follow the political ideology of the characters in the film,” says Nadiadwala.

Filmmakers making political films have always been vulnerable to attacks. Whether it’s the Greek director Costa-Gavras or the Iranian Majid Majidi directors dealing with political issues are under constant threat.