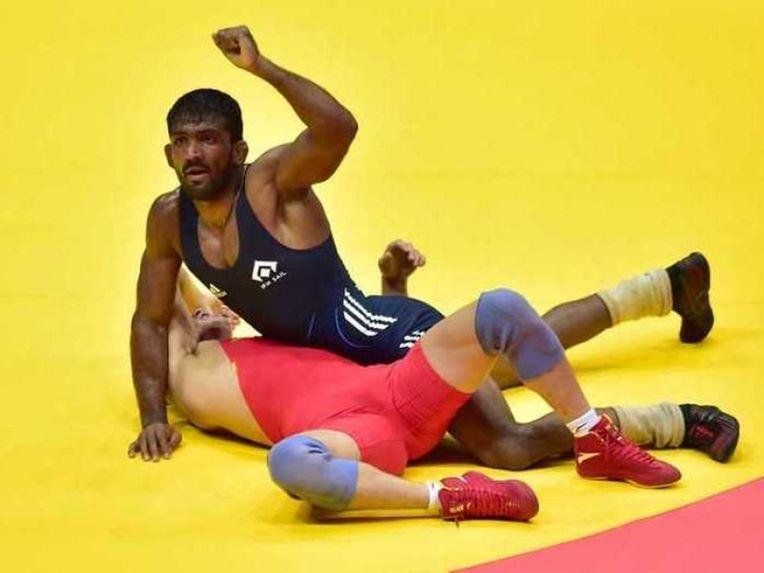 Yogeshwar Dutt, a day after having his London Olympics bronze medal upgraded to silver, said he wants the late Russian wrestler Besik Kudukhov’s family to have the medal. Dutt’s bronze medal was upgraded because Kudukhov’s sample from London 2012 tested positive for a banned substance.

“Besik Kudukhov was a magnificent wrestler. His dope test returned positive after his death, which is very sad. As a wrestler, I respect him,” Dutt tweeted.

“If possible he must be allowed to keep the medal. It will keep his family’s honour intact. For me humanity is above everything else),” he further wrote.”

The four-time world champion and two-time Olympic medallist Kudukhov, who had died in a car crash in 2013 in southern Russia, failed a dope test by World Anti-Doping Agency (WADA) on his sample from 2012 before the Rio Games.

As a result, Yogeshwar, who had bagged a bronze medal in men’s 60kg freestyle category in London Games, joined Sushil Kumar as the other silver-medallist wrestler from the 2012 London Games.

Yogeshwar, who had bowed out in the first round of men’s 65kg freestyle at the recently concluded Rio Olympic Games, had lost to Kudukhov in the pre-quarterfinals at London.

But once the Russian advanced to the final, Yogeshwar got another chance in the repechage round and went on to win a bronze.

The 33-year-old wrestler would be handed a silver medal after the Wrestling Federation of India (WFI) gets the confirmation in writing from the United World Wrestling (UWW).

Yogeshwar, after getting the news of his medal upgradation, had dedicated his silver to the country.

“I got to know this morning (Monday) that my bronze medal is getting upgraded to silver medal. I dedicate this medal to all my countrymen also,” he had tweeted.