How is the New Year looking for you?

The New Year always brings excitement, a sense of joy and urge to achieve something in that year. The study of New Year resolutions are very interesting.

According to Body & Soul, survey of 1000 Australians found 69 per cent intend to make at least one New Year’s resolution. However a significant percentage of people are unable to achieve their resolutions mainly because they may not be practicable or ambitious. While less than a quarter of us will stick to achieving our goals, there is a secret to succeeding. Setting specific goals, such as “lose five kilograms by April”, rather than just “lose weight”, is best.

2: Maintain a health and fitness regimen

4. Don’t commit to things you can’t do

As the dynamics of the Australian Indian community is growing and resulting to measurable and significant contributions by the community, there are also expectations with the dawning of the New Year as evident from the brief interview by the Indian Telegraph with a cross section of the community.

INDIAN TELEGRAPH “HOW is 2016 looking for Hindu Council of Australia?” 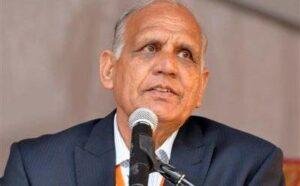 “HCA is planning the following activities in 2016;
1 Continue the existing programs – celebrations of Deepavali in the heart of Sydney- the Martin place, at Parramatta Park and at the Federal Parliament, coordination of International Yoga day, organising forum on domestic violence, and supporting community events such as “Karma Kitchen” and ‘Pad Yatra”

2.Begin a new program” The Hindu Support Centre” where professional help will be provided on a regular basis in areas of health, legal matters, migration and counselling to our senior citizens, new  migrants and families facing social disharmony.” 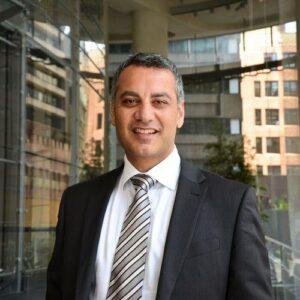 “The AIBC exits 2015 a stronger and more vibrant organisation with significantly increased activity and engagement to foster and facilitate better Australia India trade and investment collaboration.2016 will be an even more exciting year as we look forward to the signing of the Australia India CECA and continued business partnerships forming as a result of the significant increase in focus on India in 2015.
Most significantly, our Council will reap the rewards of the hard work so many of our volunteers and committee members have put in throughout this year to drive the AIBC forward. “

IT: “HOW is 2016 looking for Indian Tourism from Australia” 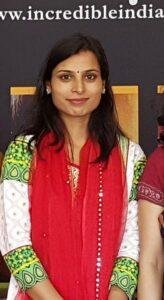 “In past one and half year India has completely transformed itself under the leadership and guidance of Honourable Prime Minister. India registered 7.68 Million of foreign tourist arrival in 2014 with annual growth of 10.2%.Having acknowledged the vast potential in the country’s wide geographical diversity, attractive beaches, golden deserts and diverse portfolio of niche tourism, cuisine, culture, and wildlife etc. The India tourism Sydney is working in a consultative mode with the travel trade associations, media people and other various institutes to unlock the great potential of Australian market possess for India.

Australia is at 9th Position among the top ten countries for tourist’s arrival in India during 2014 with a number of 2, 39762 Australian tourists. India and Australia have several commonalities, which serve as a foundation for closer cooperation and interaction.  In 2016 hope Australia position in India FTA chart go higher up to 6th or 7th position. E tourist visa facility is playing an important role to increase in FTA from Australia. 14849 applications were routed through E visa from January to August 2015.India tourism Sydney participated in various events like Parramasala, Taste Festival at Melbourne and organising Know India Seminars in different areas of Australia to show case Indian Tourism products and make India as a preferred destination among Australians.

IT: HOW is 2016 looking for multicultural media? 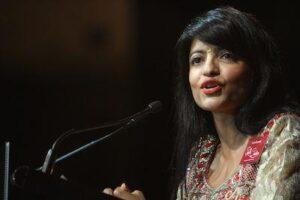 Sonia Sadiq Gandhi, Director, Gandhi Creations and India Australia Business & Community Awards
“Multicultural Media is one of the greatest strengths of Australia’s culturally diverse society. There is a plethora of information out there and our ethnic media provides each community language group the concept of freedom of expression. These various media outlets also reflect different needs and different periods of settlement in Australia. The industry that I represent is events and marketing, multicultural media plays a significant and growing role in what’s called multicultural marketing. Corporates out there with big budgets should be able to make informed choices from a list of recognised outlets that they can multicultural market products through. I believe the way forward is to have a structure around how these media outlets as perceived by main stream audience. With over 227 Indian media outlets just in NSW there should be a process that regulates these outlets or makes them part of an accredited association.

In the day of technology, rich editorial content, online reader portal and social media engagement should make a significant part of every multicultural media outlet, which am pleased to say Indian Telegraph has done very effectively over the years”.

IT: How is 2016 looking for potential migrants to Australia? 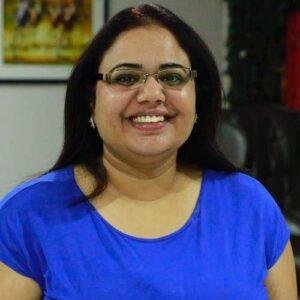 Urmila Sumeet Kumar, Managing Director, Auzworld Migration Pty Ltd
“No doubt that Australia’s modern amenities, high standard of living, quality lifestyle, pleasant weather, magnificent natural attractions and top-notch educational institutions have made it a preferred destination for many migrants choosing to study, live, work & increasingly consider investment options down under. The last two years have seen the Australian Government open doors to overseas migrants for numerous work and investment opportunities – never seen before in this country’s young history.
Today, Australia is not only in the top 3 leading global markets for all Indian IT companies, but is also a high potential investment destination for India’s leading importers, mining companies, agribusinesses & processed food companies, financial institutions and leading manufacturers. The growing Indian diaspora, the high disposable incomes, along with a strong dollar and Australia’s growing economic access to the US, Japan, China etc. through the Free Trade Agreements has already made Australia a regional powerhouse of Asia.
Therefore, 2016 shows even greater potential and opportunities for migrants choosing Australia over other global destinations.”

IT: HOW is 2016 looking for you in Australia as a recent entrant?” 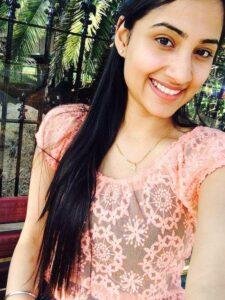 “As 2015 comes to an end, we have fought, rejoiced and struggled a year’s worth. Many memories have been created and many lessons have been learnt. I got accustomed to a new place, a new phase of life and all the sugar and spice that comes with it.
I came to Sydney as a student two year ago, excited for the new experiences that awaited me. I met new people, experienced new cultures and travelled to new places.
Most importantly, I graduated from being a student to an independent grown-up. Internships helped me sketch the difference between a textbook and the real world aspect of my discipline. The path to my ideal job was not smooth, but I made sure to enjoy the ride. The quintessential factor here is not giving up and being persistent with ones goals.
For 2016, I hope to continue to embrace new challenges and grow as a person. I would like to ask all the graduating students out there to keep faith in themselves and welcome new opportunities without compromising on their ambitions. Enjoy your student life to the fullest and toughen up for what lays ahead.
“For last year’s words belong to last year’s language, and next year’s words await another voice.”  - T.S. Eliot”

Previous articleIndia strengthens strategic partnership with ‘reliable friend’ Russia
Next articleWhat you should know about Off the Plan Purchasers & Sunset Clauses
Twinkle Ghoshhttp://theindiantelegraph.com.au%20