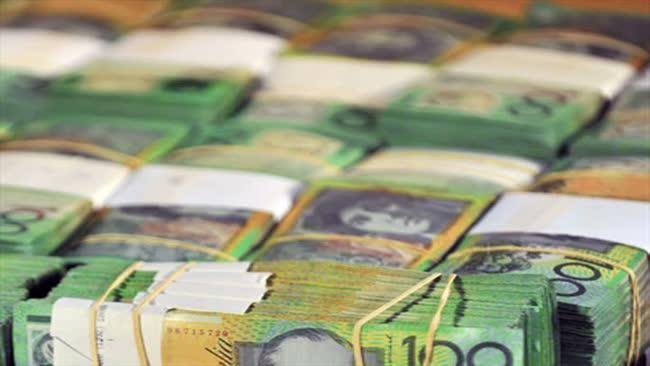 QUEENSLAND grandparents are celebrating a $70 million windfall after learning they are the winners of last night’s Powerball jackpot.

The Hervey Bay couple woke this morning to the news that their six-game entry in last night’s draw had scooped the pool in a record-making win.

After a life of frugality, the winning pair said being wealthy would be “a big adjustment”, vowing to travel the world, buy a new car, donate to charity and “toss out all those specials catalogues”.

“We’ve always been mindful of money, and skimped and saved where we could,” the husband said.

“We haven’t done much travel in our lives, but now we’re off — you won’t see us around here for long,” the wife said.

“We’ll just have to wait until Europe and the USA warm up a bit.”

The couple, who have opted to remain anonymous, said they never considered themselves lucky people in the past, stating: “The best thing we’ve ever won is the old chook raffle.”

“It’s absolutely breathtaking! It’s wonderful! We’ve both got the shakes!” the husband exclaimed on hearing the news.

“I had six missed calls on my phone late last night and I thought ‘who would phone that many times at that hour?’ I thought it couldn’t possibly be Golden Casket, but I got out my tablet to check my numbers online this morning and I was all thumbs! If I checked it once, I checked it a thousand times!”

The winning woman said she had actually told her husband winning the lotto was her New Year’s resolution for 2016.

Shop owners Allan and Stella Wickham said they were blown away to discover they’d sold the winning entry.

“We sold our first division one winning ticket a few years ago so this win was long overdue.”

Last night’s winners are tied with another Queenslander who won $70 million on a ticket bought on the Gold Coast in 2013.

The previous record for the largest Powerball win claimed by a single entry in Australia was in 2008, when a ticket bought in Melbourne won $58.7 million.

The couple said they had picked their favourite numbers, which they played almost every week.