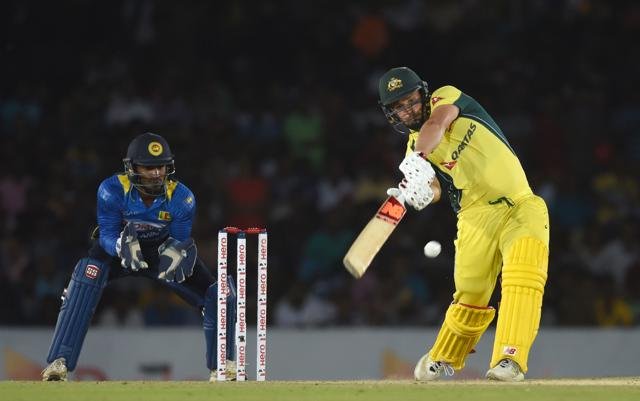 Cricket: The Boxing Day Check not solely will likely be on the MCG however will possible have a crowd too

The lifting of lockdown in Victoria has paved the way in which for crowds to attend this yr’s Boxing Day Check between Australia...
Read more
Australia

There's nonetheless 4 days to go till the Queensland state election and already extra individuals have voted early than ever earlier than.Greater than...
Read more
Twinkle Ghoshhttps://theindiantelegraph.com.au%20
Follow The Indian Telegraph on Google News

Australia rode on Finch’s 19-ball 55 and an unbeaten 90 from Bailey to chase down 213 in 31 overs and take an unassailable 3-1 lead in the five-match series.

It was Finch’s 19-ball 55 that gave Australia a rocket start against a Sri Lankan attack that missed skipper Angelo Mathews’ medium pace after the all-rounder hurt his calf while batting.

Finch, who equalled the record for the fastest fifty by an Australian, struck eight fours and three sixes as he carted the Sri Lankan spinners to all parts of the ground.

Left-arm spinner Sachith Pathirana’s triple strike in the space of five deliveries checked the visitors’ surge but only for a brief while.

Pathirana got the wickets of danger man Finch and Usman Khawaja for nought in his opening over of the innings. He then bowled skipper David Warner for 19 on the first ball of his next over.

Bailey, who registered his 21st ODI fifty, carried the momentum forward as he anchored Australia’s chase with his 85-ball knock, laced with 11 fours and a six.

He got the perfect partner in Travis Head, who scored 40, as the duo put on 100 runs for the fourth wicket.

Head was trapped lbw off Dilruwan Perera but Matthew Wade, who remained unbeaten on eight, joined Bailey at the crease to hit the winning six.

The victory comes as a welcome relief for the visiting side after it suffered its first series whitewash against Sri Lanka in the three Test matches.

The fifth and final match of the ODI series is scheduled for September 4 in Pallekele.

A NSW man who allegedly punched two Gold Coast cops earlier than pushing one onto the street and the opposite right into a...
Read more
Australia

A significant avenue in Parramatta has been shut down as a police operation unfolds after pictures have been fired at a house in...
Read more
Australia

The Australian sharemarket managed to climb increased on Wednesday after a bumpy begin triggered by abroad COVID-19 fears was overcome by a string...
Read more
Australia

Buyers flocking to Bunnings and Kmart in Melbourne’s north have been eager to spend and largely compliant with coronavirus guidelines.Prospects lined up in...
Read more
Australia

Two males accused of killing a Melbourne man allegedly tried to steal medicine from the sufferer whereas armed with a sawn-off shotgun and...
Read more

A NSW man who allegedly punched two Gold Coast cops earlier than pushing one onto the street and the opposite right into a...
Read more
Australia

A significant avenue in Parramatta has been shut down as a police operation unfolds after pictures have been fired at a house in...
Read more