Harpita, Tej and Anirudh Among the top 26 finalists of the Great Australian Spelling Bee contest 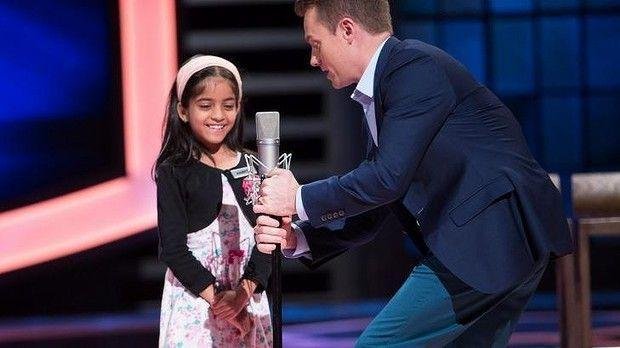 The debut of the family program, which sees children aged eight to 14 compete in a series of spelling challenges, was viewed by 1.19 million viewers nationally last night.

The show also topped the Twitter trends while it was on air last night and was still one of the top trending topics on social media this morning.
“They are so clever and so full of personality, I think it surprised everyone how fun and funny they are,” Chrissie Swan told APN.

“It’s going to be wonderfully uplifting television for everyone in the family – everyone can watch and get something out of it, it’s inspirational and great fun.”

It was the seventh most watched program of the night, and Ten’s most-watched Monday show, coming narrowly behind Nine’s cooking show The Hotplate.
One highly competitive grouping saw eight-year-old twins Harpith and Harpita and South Australian Joshua go through 10 rounds before two winners were determined.

The series continues tonight as the Top 26 must compete in a rapid-fire spelling challenge under the show’s “spelling gate”. Harpita, Tej and Anirudh will be representing Indian Community.

The show is hosted by Grant Denyer and Chrissie Swan.