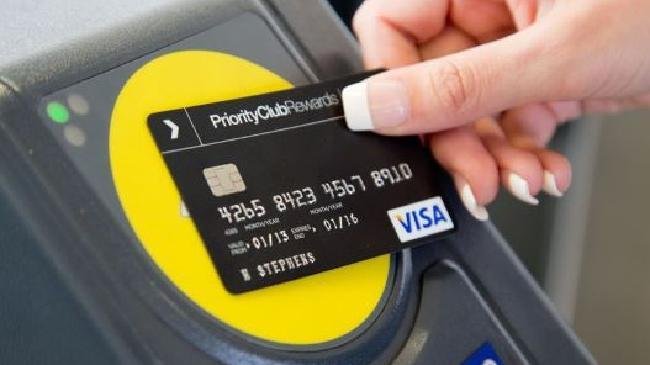 MORE than half of Australians would be happy to ditch their smartcards — such as Opal, Myki and Go — in favour of more modern technologies to access public transport such as bank cards or mobile phones.

But in most capital cities there could be a long wait before passengers can tap on to the train or tram with their credit card or iPhone.

The research, which comes as global public transport leaders meet in Sydney, also revealed commuters in Queensland and Western Australia were the least satisfied with their journeys to and from work.

A survey of 1000 commuters by pollsters Pureprofile found while 69 per cent of people were happy with their smartcards, 58 per cent were now comfortable with using “contactless” technology — such as Paywave enabled bank cards or a mobile phone payment apps like ApplePay — to access the transport system.

Marry Osmond, CEO of the Tourism and Transport Forum, who is organising today’s Australian Transport Summit, said transport users wanted options other than Opal and Myki.
“With the completed rollout of electronic ticketing systems in our major cities, it’s now time for us to have that discussion about what the next steps are to make the experience of using public transport even better,” she said.
“Australians have been snapping up the opportunity to switch from cash and paper tickets to a dedicated transport card and are keenly looking to the future of using their mobile phones and credit cards directly on public transport.”
Travellers in NSW won’t have to wait long to use contactless with the State Government indicating a bank card trial on the train and bus network could begin by the end of the year.
The Opal card system in NSW is based on technology already in use in London where 12 million credit and debit cards have already been used to tap on transport.

According to data from MasterCard, Australian cards are second only to UK issued cards when it comes to using London’s tubes and buses.
But commuters in Melbourne and Brisbane will have to wait far longer before they can ditch their Myki and Go cards.

In July, Public Transport Victoria announced the current provider for Myki, NTT Data, would continue to run the system for another seven years.

Commuters in south east Queensland will likely have to wait until at least 2019 before they can use bank cards on the state’s trains.

The research also found 47 per cent of people said public transport had improved over the past five years while 39 per cent even said they would be willing to pay more for a better service.

This last point will come as a surprise to Sydneysiders, many of who are angry at changes to the Opal card — due to come into force on September 5 — which will see the weekly travel reward slashed. That could add hundreds of dollars to the annual travel bill for regular commuters.

According to the poll, 53 per cent of Victorians were positive about improvements in their public transport service while only 48 per cent of NSW commuters said the same.

Around half of respondents nationwide rated their public transport network as good or very good.

Victorians, at 53 per cent, and those in NSW, 52 per cent, were the most positive about their public transport. But only 41 per cent of Queenslanders and 39 per cent of Western Australians were happy with their trains and buses.

“If we want good public transport services and we want to expand our networks with new rail lines and new rolling stock we need to have a new approach to how we fund it all and the contribution from commuters is a key area that needs reform,” Ms Osmond said.

Transport technology compony Cubic, which runs the smartcard systems in Brisbane and Sydney, is using Friday’s summit to demonstrate an app it has launched in Chicago, which allows commuters to pay for travel directly using their mobile phone or contactless bank card.