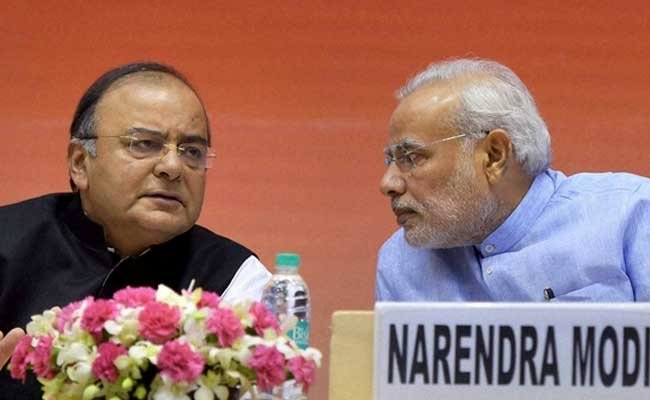 India’s Upper house of parliament on Wednesday approved the creation of a national sales tax a decade after the move was first proposed, the biggest legislative victory for Prime Minister Narendra Modi since he took office in 2014.

The constitutional amendment, one of India’s most significant reforms since the 1990s, now has to be endorsed by the Modi-controlled lower house and then ratified by at least half of all states, a process projected to be concluded before the year ends.

The goods-and-services tax, known as GST, will replace more than a dozen levies, creating a single market with more than a billion increasingly wealthy citizens. It adds to the appeal of a nation that Goldman Sachs in June called “one of the world’s most compelling” consumer stories for the next two decades.

“This is one of the most significant tax reforms in India in recent history,” Finance Minister Arun Jaitley told lawmakers ahead of the vote. “The enactment of GST will bring about the best in the economic management of the country in its federal form and it will empower the states.”

The tax stands to benefit companies in the world’s fastest-growing major economy, where internal barriers to trade increase logistics and compliance costs. Indian equities climbed last week near the highest level since August 2015 as optimism increased that the measure would finally pass.

“GST is the poster child of the Modi government’s reform agenda,” said Nilang Mehta, senior investment analyst at HSBC Global Asset Management, which oversees assets of about $429 billion. “Pushing this through will provide a major boost to the credibility of the reform process in India.”

Plaudits rained in from India Inc. as it became apparent that the measure would pass on Wednesday evening. India’s main business group hailed it as “one of the most awaited reform measures by the industry.” Rana Kapoor, chief executive officer of Yes Bank, said it would help investors “Believe in India.” Harishanker Subramaniam at EY India called it “historic.”

The next test will be how quickly India can transition to a system where all goods and services are taxed at the point of consumption rather than production. After a majority of states approve the constitutional amendment, parliament must pass at least another bill to implement the tax. Finally, a newly formed GST council made up of federal and state officials would decide the overall rate, which may vary for different goods.

“The economic benefits won’t come for quite some time,” said Sasha Riser-Kositsky, an analyst at Eurasia Group. “You need a critical mass of states to approve the GST in a reasonable time frame to see any changes on the ground.”

A simplified tax regime aims to ease the transfer of goods across the country and reduce opportunities for bribery. Jaitley has said the step can add as much as 2 percentage points to India’s gross domestic product as tax compliance improves.

Even so, the economic impact largely depends on the details. Major uncertainties include:

– The level and structure of the final rate, or rates.

– How many products like alcohol and petroleum will be exempt.

– How much revenue states will demand in compensation for lost income.

Nonetheless, India is now on track to move forward with a reform that had been delayed for years due to political bickering. The main opposition Congress party, which first proposed the GST in 2006, had blocked the measure in the upper house in part because Modi also obstructed it as leader of Gujarat state before he became prime minister.

Modi secured a breakthrough after recent state elections strengthened political parties that supported GST, altering the balance of power in the upper house. He sealed the deal by compromising on several key demands from Congress, including scrapping an additional 1 percent levy on goods shipped out of producing states.

“The country is now ready to embrace the GST,” former Finance Minister Palaniappan Chidambaram, a Congress party leader, told the parliament on Wednesday. “We wanted it to be more perfect. But there can never be a perfect bill.”

If enacted, the tax measure would become the 122nd amendment to India’s federal constitution, which is one of the world’s longest and came into force in 1950. The document includes provisions that go beyond organization of the government, such as exemptions on electricity taxes and the collection of export duty on jute, a fiber used to make rugs and curtains.

“We are late in realizing its importance, but it is coming for good now,” said Raj Kothari, head of trading at Jay Capital Ltd. in London. “This will increase confidence on India.”