Google Yet To Build Smartphones On Its Own: Sundar Pichai 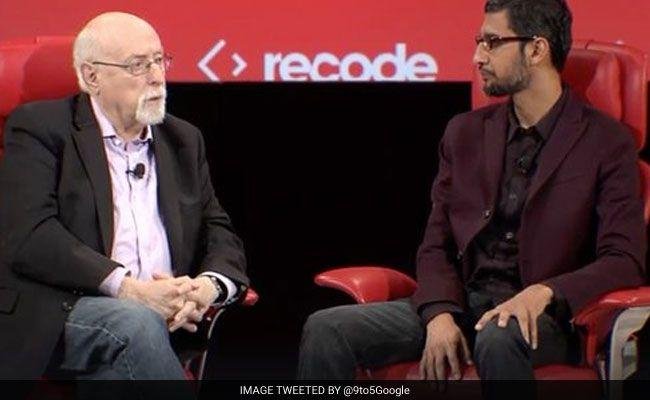 NEW YORK:  Software giant Google has no plans to do its own smartphone as of now and will continue to work with original equipment manufacturers (OEMs) on building Nexus devices, Indian-born top executive Sundar Pichai has said.

Addressing a packed “Code Conference” in California on Wednesday, Mr Pichai said that “our plan is still to work with hardware partners”.

“Nexus, we are investing more effort into them. You’ll see us put more thought into Nexus devices, there are categories beyond phones, we’ll be opinionated where we need to be to push the category forward,” he added.

According to a Tech Crunch report, since Google is the origin of Android, if it controls the entire experience (like Apple), the company may be able to optimise what it considers to be the best Android experience.

“Android is a very open ecosystem, the answer may not be a global one player answering it every part of the world,” Mr Pichai told the gathering.

“You have great examples of regional players in places like India and China which serve the needs of those markets very well,” the Google chief executive noted.

Today, Android has become one of the largest ecosystems in the world thanks to the company’s open approach to Android.

“Globally it’s a very competitive marketplace. The smartphone industry, the hardware industry, it’s a very efficient industry. Even Amazon, they base it on Android too. I look at it and say Android is a large scale, open platform,” Mr Pichai said.

The “Google Assistant” is conversational – an ongoing two-way dialogue between you and Google that understands your world and helps you get things done.

“Computers are good at certain things but what’s changing is we now believe we can start doing the things which are much more intelligent,” Mr Pichai said at Code Conference.