Google Translate Now Works in Any App on Android, iOS Gets Offline Mode 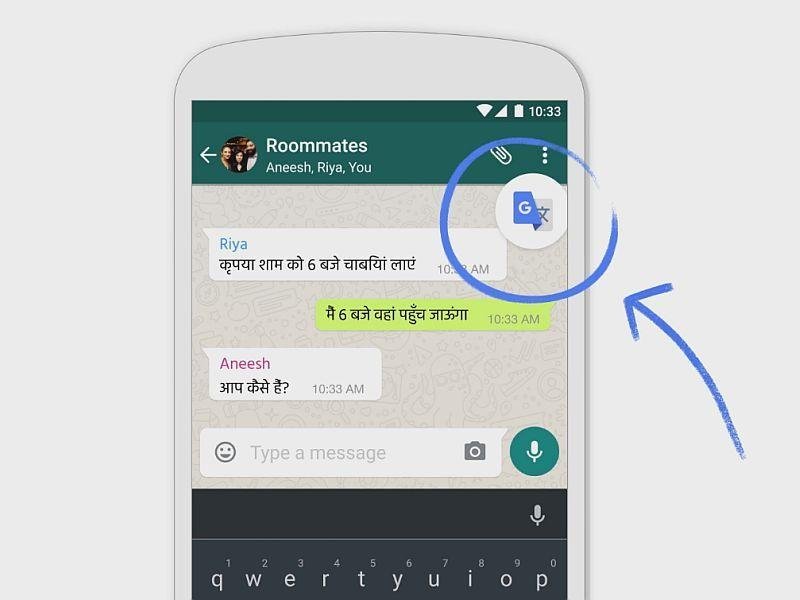 Google Translate on Wednesday introduced new improvements to its Android as well as iOS app. For Android users, Google Translate is adding a new ‘Tap to Translate’ feature that lets users translate from within any app. The iOS users, on the other hand, are receiving the Offline mode feature.

Google says that the Tap to Translate feature and improved Offline Mode for iOS users will be rolling out over the next few days.

“Of the 500 million+ people who use Google Translate, more than 9 in 10 live outside the U.S. We’ve talked with thousands of you in India, Indonesia, Brazil, and Thailand to learn what works and what doesn’t and today [Wednesday] we’re rolling out some big improvements,” said Barak Turovsky, Product Lead, Google Translate, in a blog post.

The Tap to Translate feature on Android will automatically offer a translation that’s accessible via an icon overlay (like a Facebook Messenger chathead) that pops up whenever the user copies a piece of text in a chat, comment, or text box within any other app. Google says Tap to Translate on Android works for all 103 languages on any Android smartphone running Jelly Bean 4.2 and above.

Google Translate is also adding Offline Mode to iOS, joining Android in using small offline packages. The company in its blog post said that considering the previous packages were too big to download for phone’s limited storage they have shrunk it by 90 percent, – 25MB each.

iOS users can download the language package by just tapping the arrow next to the language name on the Google Translate app. Once packages downloaded, users will be offered text translations irrespective whether they are online or not.

Google says that with the addition of the Filipino language pack. The total number of offline languages has reached 52.

For Chinese users, Google Translate added Word Lens in Chinese language. The company says that Chinese is the 29th language for instant visual translation, and it can read both to and from English, for both Simplified and Traditional Chinese.

Download Languages to use offline iPhone, iPad and iOS Device