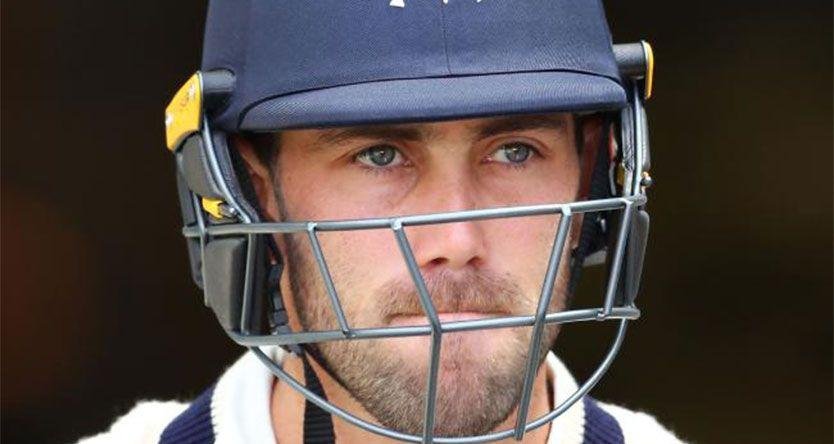 A REINVENTED Glenn Maxwell has dismissed suggestions he could be Australia’s X-factor for the Ashes, saying he’ll build his case on reliability rather than razzamatazz.

Spin great Shane Warne believes the big-hitting Maxwell could be a game-breaker if selected for his first summer Test series.

“Maxwell is the X-factor at No. 6,” Warne told Sky Sports in September while naming his Ashes XI.

“He’s tightened his technique up a little bit and can really get hold of you.” But Maxwell, recently promoted to No. 3 for Victoria in the Sheffield Shield, is on a mission to change his public perception.

The 29-year-old said he had worked hard to improve his defence and felt he had developed into a more reliable batsman.

“I’m not talking about the word ‘X-factor’ again,” Maxwell said on Thursday. “I think (selectors) made it pretty clear that they wanted the top six batters in the country and I want to put my hand up and be one of them. “I have ability to score quickly at stages but I think the way I’ve been playing recently, I’ve been more concentrating on just playing good cricket shots and making sure that I’m there for a longer period of time.” Maxwell bolstered his case for selection in the first Test in Brisbane starting November 23 with scores of 64 and 60 during Victoria’s draw with South Australia.

West Australian hopeful Hilton Cartwright — technically the No. 6 incumbent after Maxwell was promoted for Australia’s most recent Test in Bangladesh — made a pair of ducks against NSW.

The pair should get another chance to impress selectors with the Ashes squad to be named midway through next week’s Shield round.

Maxwell scored his maiden Test century in India earlier this year and was hopeful his subcontinent form would help his cause.

“I feel like I’m starting ahead of the pack because I played the last Test (in Bangladesh) and I think I was undefeated,” he said.

“Even if it was in a different country, I feel like I batted quite well and I showed some really good signs.

“Hopefully that holds me in good stead.” Maxwell suffered a groin twinge during his second innings against the Redbacks but was confident he would be fine to play against Tasmania next week.

EMERGING Australian legspinner Daniel Fallins has completed a five-wicket haul against England in the tour match in Adelaide.

Fallins took 5-73 for a Cricket Australia XI as the tourists were bowled out for 293 early in the opening session on Thursday’s second day of play. The 21-year-old NSW tweaker is making his first-class debut in the pink-ball day-night fixture.

But Stoneman says the tourists are disappointed at sloppy dismissals and their inability to convert their promising starts into big hundreds. First drop James Vince and all-rounder Chris Woakes both made 33. “Some of the dismissals we had were on the sloppy side,” Stoneman said after Wednesday’s play.

“It’s a little bit frustrating more than anything that we didn’t kick on and have a couple of hundreds scored.

“Everybody got a bit of time in the middle but we also need to score hundreds and big hundreds.” Veteran opener Alastair Cook made just 15, after his second-ball duck in England’s tour opener last weekend against a Western Australian XI.