Girl who strayed into Pak: Geeta is Hira, parents knew at first sight 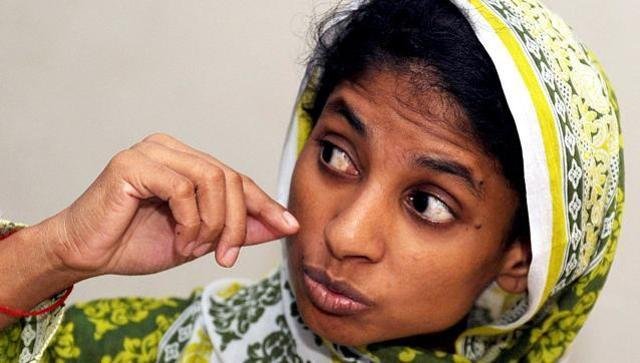 When Janardan Mahto of Bihar’s Saharsa district had claimed two months ago that Geeta was actually her daughter Hira after seeing her on the TV, it was treated as yet another claim on the hearing and speech impaired girl said to have strayed into Pakistan as a child.

But the family was convinced. Mahto, who has five sons and two daughters, had instantly recognised the eldest Hira, living with a different name in Pakistan. He went about town telling everyone about her identification marks — broken teeth, mole on the back and a thigh fracture as a child.

He kept trying, and one of his grandsons — Arjun Mahto, a doctor based in Delhi’s Mangalpuri area — went to the ministry of external affairs twice to submit the photographs and documents for identification.

“I, along with Janardan Mahto and his wife Sakuni Devi, was also called on external affairs minister Sushma Swaraj at her residence. She talked to us for 40 minutes and said we should submit a family photograph, which we did,” Arjun Mahto said.

Though the family is yet to get any official information about Geeta’s likely arrival from Pakistan, they are convinced it would happen soon. “The day we met Sushma ji, she said it seemed Geeta was Hira. That was enough of an indication for us,” Arjun Mahto said.

He added: “With Geeta identifying her father, mother and siblings from one of the many photographs sent to her by the Indian High Commission in Islamabad, it may be just a matter of days. Her mother is in Punjab, while her father is in Saharsa (Bihar). We have to call them.”

In Saharsa, Janardan Mahto was alone in his ancestral house, happy that his daughter will finally be back. “I had sent all the relevant documents for her identification and endorsement from the local MP and MLA. I also went to Delhi thrice in two months,” he said.

“She had gone to a mela (fair) on the Vaisakhi day in 2004 in Jalandhar and strayed, never to be found again,” Janardan Mahto said.

Later Madhepura MP Pappu Yadav also met Mahto and assured help to bring Geeta back. “I met Prime Minister Narendra Modi and also submitted him a memorandum, as I was convinced after meeting Mahto that Geeta was Hira,” he said.

Yadav said he had also raised the issue of Geeta in the Lok Sabha and was happy to know that she is now heading home. “The Prime Minister had said he would ensure Geeta’s return,” Yadav said.