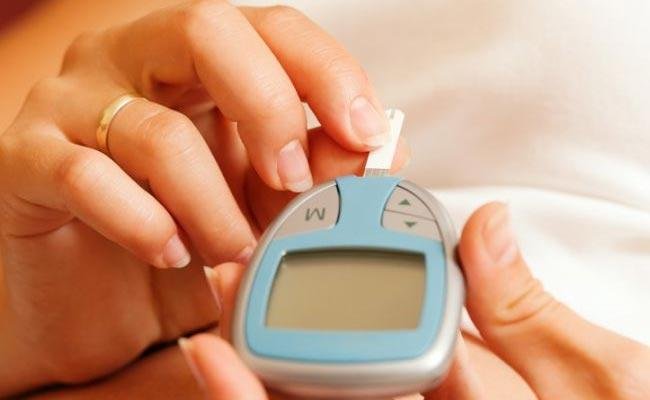 Pregnant women may be up to 1.5 times more likely to develop gestational diabetes during the summer months, a new study has found.

However, less is known about the seasonality in the diagnosis of type-2 and gestational diabetes (GDM).

Researchers at Lund University and Skane University Hospital in Sweden examined seasonal patterns in glucose tolerance and in the diagnosis of GDM.

A total of 11,538 women who had agreed to take part underwent a universally applied standard 75-gramme oral glucose tolerance test (OGTT) in the 28th week of pregnancy during 2003-2005 in southern Sweden.

OGTT results from a three-year study period were grouped together into months and seasons.

Statistical modelling was used to calculate differences in GDM across months and seasons, and to examine whether month or season were associated with the diagnosis of GDM.

Information on mean monthly temperatures during the study period was obtained from the Swedish Meteorological and Hydrological Institute.

A total of 487 women (4.2 per cent) were diagnosed with GDM during the study period. The monthly frequency of GDM ranged from 2.9 per cent in March to 5.8 per cent in June.

The seasonal frequency ranged from 3.3 per cent in spring to 5.5 per cent in summer. The differences were statistically significant for both month and season.

When adjusted for age, the data showed that the summer months (June-August) were associated with an increased glucose level and a 51 per cent (or 1.5 times) increased frequency of GDM compared with the other seasons.

These associations were no longer apparent when also adjusting for mean monthly temperature, suggesting that temperature could be part of the reason for the differences.

“Our findings suggest seasonal variations in the glucose concentration and in the proportion of women diagnosed with GDM with a peak in the summer. A positive association with the ambient temperature was demonstrated,” researchers said.

They add that a potential mechanism for this relationship is that hypothetically, temperature-induced changes in peripheral blood flow may affect the composition of capillary blood, representing a mixture of arterial and venous blood, explaining the increased glucose levels during the warmer summer months.