Gauri from Australia rocks India’s Got Talent on Colors TV 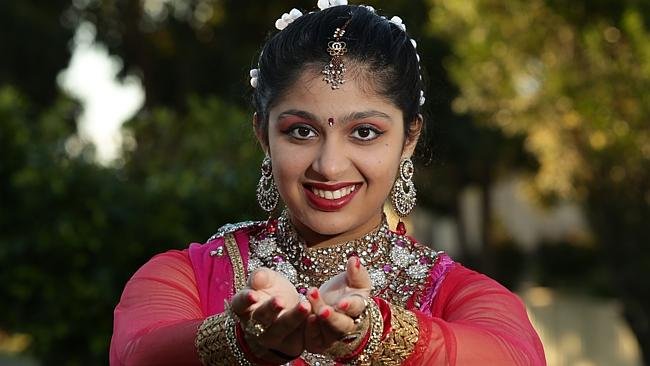 Gauri Saki, the lucky winner of the Colors TV Talent Hunt held in Sydney on June 5, was the first Australian of Indian origin to perform at the popular reality TV show ‘India’s got Talent’, in the presence of the judges and an appreciative audience.

The local contest was organized by Elegant Creations (The Academy of Performing Arts), and as winner of the first prize, Gauri won an air ticket to India and performed her winning ensemble.

The ‘Colors TV Talent Hunt’ is similar in format to ‘India’s got Talent’, in which participants showcase their prowess in any form of the performing arts.

16 year old Gauri won accolades from the judges for her rendition of a semi classical dance on the song ‘Kahe Ched’ from the Hindi film ‘Devdas’. Her unique facial expressions and interaction with the audience gave Gauri an edge over competition in the closely fought final. Gauri outshone Divya Saxena, first runner up for her semi-classical dance, and singer Jasmin Gill, second runner up; who were each presented with gift hampers from Colors and Elegant Creations.

Lucky Gauri then flew to India and performed on ‘India’s got Talent’, and although she did not win, her performance was applauded by judges Kiron, Karan Johar and Malaika.

“Auditions of participants in the ‘Colors TV Talent Hunt’ were filmed and are being telecast in the Colors Asia Pacific region, so contestants who were not selected will also get a chance to showcase their talent on TV,” explained Madhvi Mohindra, director of Elegant Creations. 27 participants presented their repertoires to the panel of three judges. Saba Zaidi Abdi, renowned for her work in films and TV, Kavita Shukla, a banking professional and an experienced dancer, and award-winning music producer and musician Ajay Bisht were encouraging towards participants and felt that 6 to 7 had true potential to become stars. “We plan a similar event next year,” revealed Madhvi. “It has always been my dream to get those from the area of performing arts, a bigger platform and more exposure to showcase their talent locally. I had only 18 days to organize this event once the approvals came through, but I am satisfied that the event went well and that we had an opportunity to discover so much talent within a short time,” she added.

Gauri from Australia rocks India’s Got Talent on Colors TV