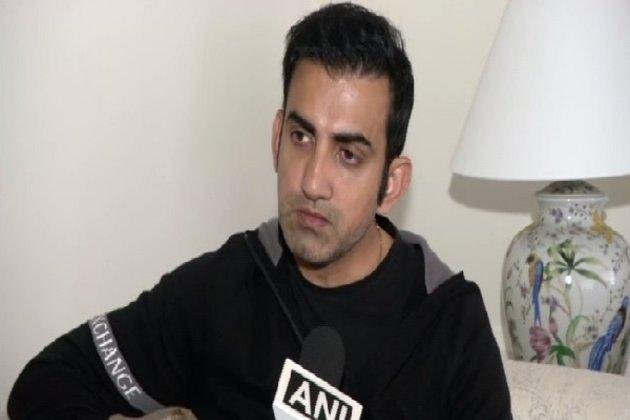 Mumbai (Maharashtra) [India], December 22 (ANI): Former India batsman Gautam Gambhir has batted for Shubman Gill and KL Rahul to be included in the Indian side for the upcoming Boxing Day Test, beginning December 26 at the Melbourne Cricket Ground.

“I wanted Prithvi Shaw to start the series because if a player has scored a hundred and two fifties in four Test matches and hit a fifty in the last tough tour to New Zealand, then you start with him, no doubt the form was not good. But now in the type of form, he is in, more than the form his confidence is very low, so I will want to see Shubman Gill at the top along with Mayank Agarwal and Pujara at number three,” said Gambhir on Star Sports’ show ‘Cricket Connected’.

Gambhir also advised Ajinkya Rahane to step up and bat at number four in Kohli’s absence. The former India batsman further wants the team management to bring in Rishabh Pant and Ravindra Jadeja in place of Wriddhiman Saha and Hanuma Vihari.

India stumbled to an eight-wicket loss in the first Test of the four-match series. On the third day of the first Test, India was bundled out for 36 in the second innings and Australia was given a mediocre target of 90 runs to go 1-0 ahead. Australia chased down the total comfortably inside 21 overs with eight wickets in hand.

Skipper Virat Kohli would not be there for the visitors for the remaining three Tests as he heads back home after being granted paternity leave by the BCCI. The Indians might have had a 62-run lead entering the third day of the first Test, but the side squandered the advantage as the batsmen failed to rise to the occasion and Australia made light work of the visitors. While Josh Hazelwood scalped five wickets, Pat Cummins took four. (ANI)