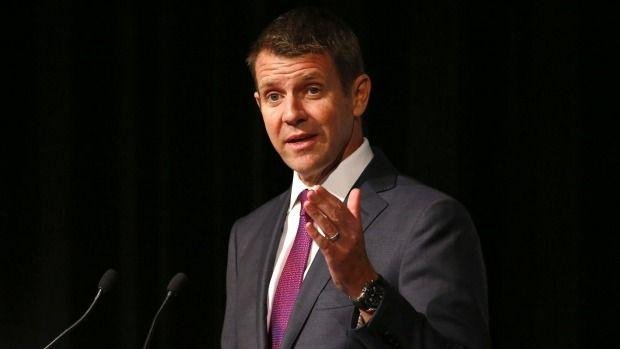 As we near the end of 2016, the Government’s major infrastructure program is still going strong as we continue to work to rebuild NSW.

I visited the WestConnex construction site at St Peters to announce the start of tunnelling on the new M5, which will bring relief to tens of thousands of drivers using one of Sydney’s most congested roads.

Digging has started on the twin tunnels, which will stretch nine kilometres roughly alongside the existing M5 East. Once they’re built, the tunnels will more than double capacity along the busy corridor.

Anyone who’s used the M5 East knows how critical this link is to fixing traffic congestion in Sydney. The M5 is at a crawl for about 13 hours every day but relief is in sight. When this new motorway opens in 2020, it will halve the time it takes drivers to get from Beverly Hills to St Peters to just ten minutes.

We will get drivers moving again. Elsewhere on WestConnex, tunneling on the M4 East is progressing nicely and a new widened section of the M4 is on track to open to traffic in 2017.

This project will also allow land to be returned to communities along the road corridor. By moving vehicles underground, we will be able to create more than 18 hectares of new recreational land, including six hectares at the new interchange at St Peters. In addition to new green space, the community will also benefit from the construction of 14 kilometres of new and upgraded shared pedestrian and cycle paths as part of the new M5.

We are picking up the pace as we rebuild NSW and now have tunnelling underway on three major motorway links in Sydney with the New M5, M4 East and NorthConnex – along with our record investments in Sydney Metro rail and light rail.

These projects are boosting our economy and creating jobs for skilled workers. Construction on the new M5 alone will generate more than 4,400 full time jobs, including 155 apprentices and trainees.

I also visited Nepean Hospital in Western Sydney this week to announce a $550 million redevelopment that will upgrade the hospital and bring it in line with modern healthcare standards.

Penrith is one of the fastest growing areas in NSW. This redevelopment will include a brand new and bigger emergency department, which will allow the hospital to meet the healthcare needs of the growing region.
Initial works will start immediately to upgrade the emergency department, with a paediatric assessment and treatment area, establishment of a safe assessment room and the upgrade of duress systems and CCTV.

The redevelopment will also include a new clinical services block, with construction to start in 2018 after the early works, and new $26 million, 650-space car park have been completed.

At least 12 new operating theatres will be built as part of the upgrade, as well as a new neonatal intensive care unit and 18 birthing suites in new accommodation, and a new helipad. It will also have expanded and upgraded medical imaging services and more than 200 overnight beds.

We are delivering the biggest hospital rebuilding program in the state’s history and planning as part of the $550 million redevelopment will continue through 2017 before major works begin. The new building will open in 2021.