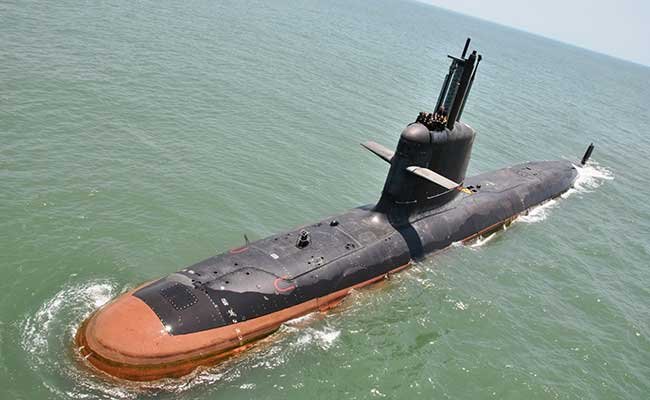 Desperate to plug the hole in the leak of classified data on Indian Scorpene Class submarines, DCNS, the French firm at the centre of the unprecedented release of top secret data is going to court. DCNS intends to try and prevent the Aussie publication, The Australian, from releasing any more confidential data because it causes direct harm to its customer which in this case happens to be the Indian Navy.

On Monday, DCNS intends to file an injunction in the Supreme Court of New South Wales in Australia to try and prevent The Australian from publishing any fresh information which may compromise India’s fleet of Scorpene submarines being built at the Mazgaon docks in Mumbai. DCNS lawyers have reportedly told The Australian, “The publication of this highly valuable document causes a direct harm to DCNS and its customer in terms of spread of sensitive and restricted information, image and reputation”.

The Australian, for its part, was on the verge of releasing fresh information on the weapons systems being carried on board the submarine and now says it has seen “details of the capabilities of the SM39 anti-ship missile expected to be used on the Scorpene.  The data includes the number of targets the missile is capable of processing, its launch details and how many targets could be downloaded before firing.”

Six French designed Scorpene Class submarines are being built at the Mazgaon docks in Mumbai in a project worth more that USD 3 billion. The first submarine of the class, named Kalvari (Tiger Shark) is presently being tested before acceptance by the Indian Navy. The other submarines are in various phases of construction.