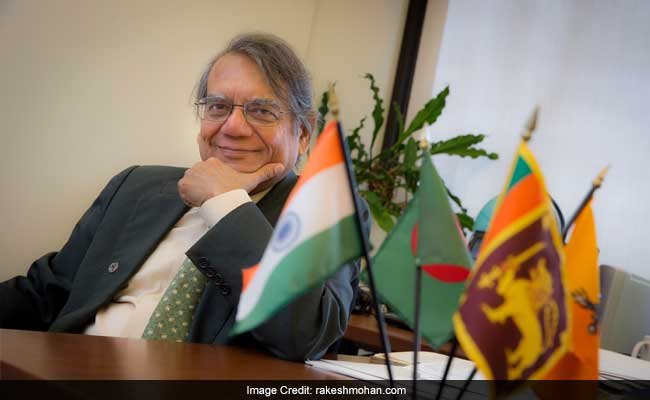 A self-proclaimed “justice maker” who killed his sister, put her body in a car boot and left dramatic notes about the crime has...
Read more
Australia

Mr Mohan will join the 2016-2017 class of 15 Senior Fellows at The Yale Jackson Institute for Global Affairs. Senior Fellows are leading practitioners in various fields of international affairs who spend a year or semester at Yale teaching courses and mentoring students.

At Jackson, Mr Mohan will teach courses on central banking and the Indian economy, the institute said in a statement.

The institute described Mr Mohan as one of India’s “senior-most economic policymakers” and an expert on central banking, monetary policy, infrastructure and urban affairs.

Most recently he was executive director at the International Monetary Fund in Washington, representing India, Sri Lanka, Bangladesh and Bhutan, and chairman of the Indian government’s National Transport Development Policy Committee.

Reserve Bank of India’s deputy governor Urjit Patel has been appointed as the next Governor of the central bank after Mr Rajan demits office on September 4. However, Mr Mohan was reportedly among the front-runners to bag the coveted job.

Mr Mohan has previously taught at Yale as Professor in the Practice of International Economics of Finance at its School of Management. He has also been a past Senior Fellow at the Jackson Institute.

As deputy governor of India’s central bank from September 2002 to October 2004 and July 2005 to June 2009, he was in charge of monetary policy, financial markets, economic research and statistics.

In addition to serving in various posts for the Indian government, including representing India at a variety of international forums such G20, Mr Mohan has worked for the World Bank and headed prestigious research institutes. He is also a Non Resident Senior Research Fellow of Stanford Centre for International Development, Stanford University, and Distinguished Fellow of Brookings India.

Mr Mohan holds a B Sc in Electrical Engineering from Imperial College, University of London, a BA from Yale University and a PhD in Economics from Princeton.

During the period October 31, 2004, to July 2, 2005, he was Secretary, Department of Economic Affairs. He has held several positions in the Indian government and was Chief Economic Advisor in 2001-02.

The other senior fellows include Blair Miller, who leads impact investing for the office of Ray Chambers, the UN Secretary-General’s Special Envoy for Malaria, where they are developing a large scale impact investment fund for emerging markets and Ambassador Dennis Ross, former special assistant to President Barack Obama and National Security Council senior director for the Central Region.

The Jackson Institute for Global Affairs promotes education and scholarship on global affairs at Yale.

It serves the entire university through courses and core teaching programmes in global affairs, career counselling, and public lectures, according to the institute’s website.

The Prime Minister has congratulated Victorians on the forthcoming easing of restrictions after the state recorded no new circumstances for the primary time...
Read more
Australia

When a younger woman instructed her dad and mom she had been inappropriately touched by swim teacher Kyle Daniels, she scrawled a be...
Read more
Australia

A person who used a pretend bomb to carry a Queensland airport to a standstill had “malicious and self-serving” motivations to trigger mass...
Read more
Australia

A Supreme Courtroom jury will enter a fifth day of deliberations within the trial of an Adelaide girl charged with the homicide of...
Read more

The Prime Minister has congratulated Victorians on the forthcoming easing of restrictions after the state recorded no new circumstances for the primary time...
Read more