Fitness is not always about being thin: Sonakshi Sinha 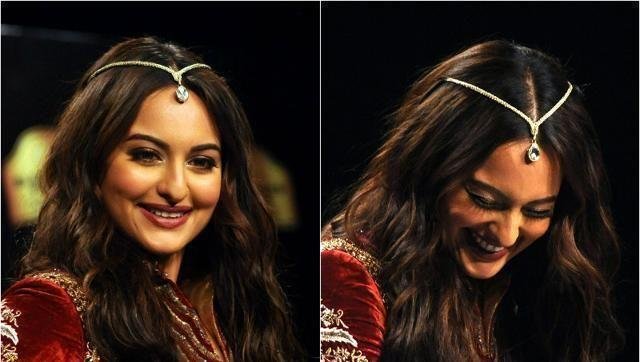 Sonakshi Sinha has spent six years in the film industry. And besides trying her hand at different kinds of movies, the actor has also worked a lot on her physical health. She looks leaner and fitter now. Sonakshi says she wants to maintain her current look. “When you see the results, you want them to last. You want to maintain that level,” says the actor, who has often been trolled online for her weight.

Sonakshi blames her chock-a-block work schedule for not being able to focus on her physical fitness in the past. “Sometimes, it gets impossible because of your schedule. Training for my next was really helpful. I became stronger and fitter. I was trying to do that for a very long time, but because I was doing four films, I didn’t get the time for it,” says the actor.

However, Sonakshi admits that she took training for her next very seriously, and went “all out” for it. “I had to do this for myself. Also, since I had one film, I had the time to maintain my physique. I’m a strong believer in being fit. And fitness is not always about being thin or skinny. It’s about being fit, mentally and physically,” she says.

Meanwhile, on the work front, Sonakshi has started taking things slow. “I’m waiting for the right script to come along. I have started doing roles that challenge me in a lot of ways. I don’t think people ever doubted my capability. When Lootera (2013) came out, people said, ‘Okay, this girl knows her job and can do well’.”

Sonakshi says she is content with the work she is doing at the moment. “I was really enjoying the kinds of movies I was doing earlier. I have no regrets. I am what I am today because of the films I’ve done. If I have a certain reach among the masses, it’s because of those films. Lootera (2013) was probably my lowest-grossing film ever, but it gave me the most amount of critical acclaim and appreciation,” she says.

Over the last couple of years, Sonakshi has kept a low profile in terms of the number of films she has been part of. She says she has done this to make time for herself. “I feel I should have done this a long time back. I didn’t know what I was missing out on. There is so much to do besides what we are being paid for. There is so much to explore. There are so many unfulfilled wishes. I want to go backpacking in Europe. I wanted to go diving. So, I recently went to the Great Barrier Reef (Australia),” says Sonakshi.

She adds that while she was holidaying, she also learnt how to play some musical instruments. “I also started singing. These are things I have always wanted to do. I don’t know why I wasn’t feeding that side of me,” says the actor.