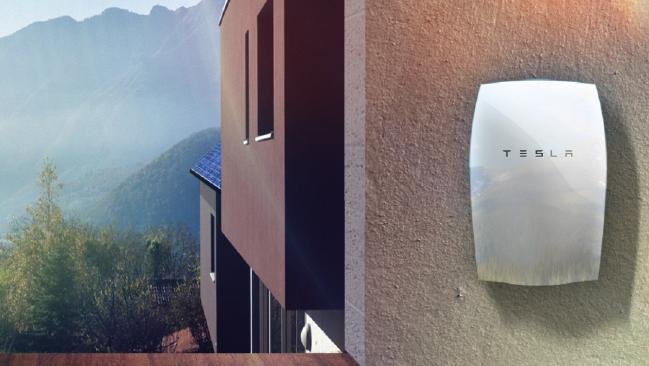 THE future of renewable energy in Australia has been given a significant boost with the first residential Tesla Powerwall being installed in a Sydney suburb.

Nick Pfitzner from Kellyville Ridge said he was excited to be the first residential recipient of the Tesla Powerwall — a home battery that powers your home after charging using electricity generated from solar panels or from the grid when utility rates are low.

“I have been following Tesla since it has been doing stuff with the electric cars because renewable energy is something I am very keen on,” he told news.com.au.

“When I saw Tesla was rolling out the Powerwall, I quickly paid my deposit and was ecstatic to find I was going to be the first person in Australia to have one installed residentially. I got to be king of the nerds for one day.”

Each Powerwall has a 7 kWh energy storage capacity and works by using a solar panel to convert sunlight into electricity that charges the device.

“The inverter converts direct current electricity from solar panels, the grid and Powerwall into the alternating current used by your home’s lights, appliances and devices,” the website states.

Mr Pfitzner said he was surprised by how discreet the unit was considering its functions.

“I really like what they are doing here with the design of the Powerwall, it’s similar to what Apple did for smartphones,” he said.

“I have only had it running for one day, but so far everything has functioned exactly as it should.”

Managing Director of Natural Solar Chris Williams said it was an honour for his company to be an authorised installer of the Tesla Powerwall.

“We are in a pivotal moment in renewable energy and the Australian demand is unprecedented,” he told news.com.au

“It generally takes six — eight weeks for the product to be installed and packages start from $13,000, which includes the government rebate,” he said.

“While this seems like a large out of pocket expense, the savings will be noticeable and overtime you should see a large decrease in your electricity costs.”