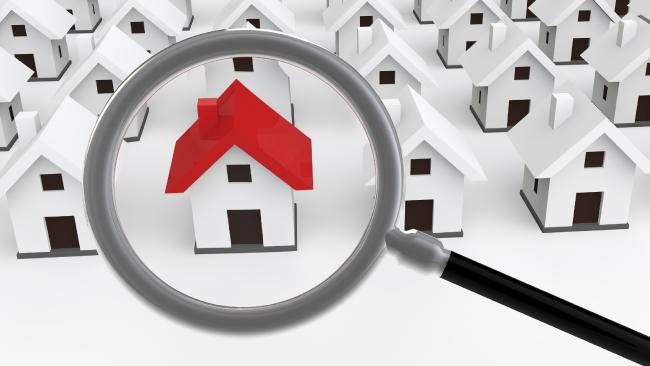 LET the first homebuyer beware: If you are rorting the First Home Owners Grant (FHOG) checks really do exist to ensure you do actually live in the place.

And if you can’t prove you’ve lived there for six months and are told to give the cash back, probably best not to argue about it.

Finance experts warn a NSW Civil and Administrative Tribunal judgment ordering a Sydney woman to pay back her grant because she spent too much time at her boyfriend’s house should act as a cautionary tale.

“The obligations of FHOG recipients are clearly spelled out in the application process, so ignorance is mo excuse,” financial expert Sam El Shammaa warned.

“Grant recipients can be investigated and it’s very clearly spelled out in all documentation that people need to complete when applying,” he said. “Not adhering to those criteria is a dumb thing to do.

“Firstly it’s illegal. Secondly, you will be caught out … perhaps not straight away but there are systems in place make the necessary checks.”

Sydney northern beaches woman Vanessa Falvo, according to tribunal documents, bought a house in Collaroy in 2009 for $600,000 from a company owned by her parents.

She received a $14,000 FHOG towards the purchase. Under the eligibility requirements, Ms Falvo had to occupy the Collaroy house as her “principal place of residence” for six months after settlement.

But in July 2014, the taxman came calling, with the NSW Office of State Revenue telling Ms Falvo to pay the grant back — plus a penalty of 60 per cent — after finding she ‘failed to satisfy the residence requirement’.

The Office of Revenue found two tenants had a rental bond for the property, and Falvo had not lived there for the required six months after purchase.

Ms Falvo objected, then asked for a review, claiming she had moved into the property in 2009, but had ‘rented out rooms that were not needed by me throughout my entire ownership’.

But Ms Kruse, who lived in the Collaroy house from 1999 to 2013 — a rental arrangement carried over from when Ms Falvo’s mother owned the house — told the Tribunal she had seen Ms Falvo at the property only twice in that time.

Ms Kruse added that she actually lived in the bedroom Ms Falvo had claimed to be living in December 2009, and they ‘certainly did not share’.

Ms Falvo gave evidence that while she went to her boyfriend’s house ‘most evenings’ she would arrive there between 8pm and 10.30pm and leave between 12am and 3am to go back to the Collaroy house until about 7am, when she would head to the gym.

Ms Falvo’s boyfriend’s father said every morning when he would leave the house at 3am to go to his cleaning job, he would see Ms Falvo in his living room.

The Tribunal upheld the NSW tax office decision to have the grant returned.

Senior Tribunal member Amarjit Verick said Ms Falvos claim she had used the house for six months from December 31, 2009 had been made against ‘very strong evidence of two independent witnesses who categorically stated’ otherwise.

He said Ms Falvo’s ‘own uncorroborated evidence had several gaps’, adding the fact her boyfriend, and now husband, a NSW solicitor ‘did not give any evidence to support Ms Falvo’s assertion that she left his house ‘at odd hours of the morning to sleep at the Collaroy property’ hadn’t helped her case.

He said ‘Ms Falvo did not use the Collaroy property as her principal place of residence and appears to have instead used her boyfriend’s house as her place of residence, where on her own evidence she cooked her evening meals and spent considerable time’.

He said the fine of 60 per cent on top of the $14,000 to be returned was ‘appropriate” and ‘indeed conservative’, and observed since Ms Falvo worked in real estate she would have been ‘more than familiar’ with the criteria to secure — and keep — a grant.

“Ms Falvo was very selective in her evidence, and in my opinion, she was not a very truthful witness,” he concluded.