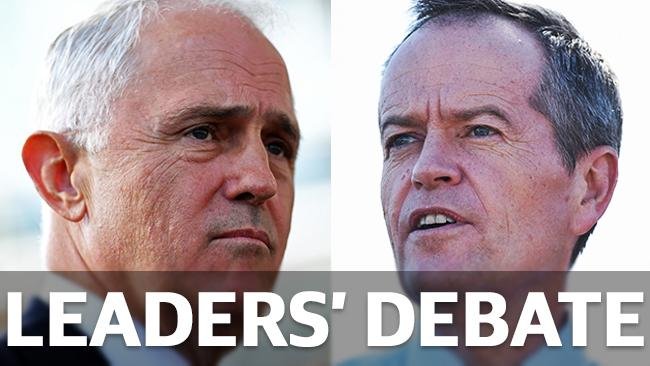 This is number of people who saw the debate in their Newsfeed by 8.15pm.

That figure will continue to increase over the weekend as more people catch up with what happened at a time of their choosing.

More than 4.2 million people saw the news.com.au Facebook posts inviting questions and more than 3000 questions were submitted before the debate.

The live debate generated more than 37,000 comments live on the night.

Jobs and marriage equality were the top issues being discussed on Facebook after the debate kicked off at 6pm, according to the Facebook data team.

The debate was the most interactive in Australian history, because voters could react in real time and comments posted live on the news.com.au Facebook Page were asked by moderator Joe Hildebrand.
The Sydney Morning Herald praised the news.com.au debate as the “best of the bunch”.
“The time limits — ruthlessly enforced by Hildebrand — cut the waffle to a minimum. This debate was tighter, faster — more lively than the people’s forum and (a lot) less stuffy than the National Press Club debate,” it reported.

“It was mercifully short too, wrapping up in just 60 minutes — and that included the post-game commentary.”

During the debate, questions were asked from three sources: questions posted on news.com.au’s Facebook page before the debate, during the Live and from an in-person audience at the Facebook Sydney office.

The audience of 30 people was made up of undecided voters identified by Galaxy Research in the most marginal seats in the country, including Eden-Monaro, Corangamite, Page, Reid and MacArthur.

Questions were selected on the basis that they mapped to the key topics that mattered to voters as shown in the news.com.au State of the Nation survey and in the Facebook election-related conversations since the start of the election campaign.