A film on Hrithik-Kangana fight on cards? 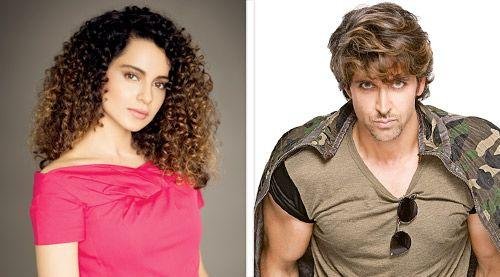 Even as actors Hrithik Roshan and Kangana Ranaut continue to fight, the filmmakers seem to have got an idea they want to cash on.

According to a source, Hrithik has been proffered, at least, two film offers by leading filmmakers. “He has been receiving a lot of calls from various people in the industry who have expressed a desire to make film on his fight with Kangana. He wasn’t too keen on the idea. But recently, he received a script from an established producer, and one from a new director. And he seems amused.”

The film scripts that he has received are reportedly about cyberstalking. The source adds, “The scripts deal with him being an object of a girl’s obsessive affection, and how the act of cyberstalking becomes a subject of public interest. Hrithik is busy shooting Kaabil, and he has no time otherwise either because of other film commitments, but has apparently decided to at least hear them. He is intrigued to know how the writers have scripted the narrative of obsession, and has decided to at least hear the script.”

Bollywood filmmakers are known to make films inspired by real episodes, or on real-life personalities, as the recall value is very high and the subject is also relatable. The Kangy-Hrithik war has already captured everyone’s attention. While Kangy insists that she was in a romantic relationship with Hrithik, he has denied it. In fact, sources close to Hrithik say that Kangy was obsessed with him and she has had a one-sided affair in her head.