Europe in their hands: May and Merkel draw battle lines for Brexit clash 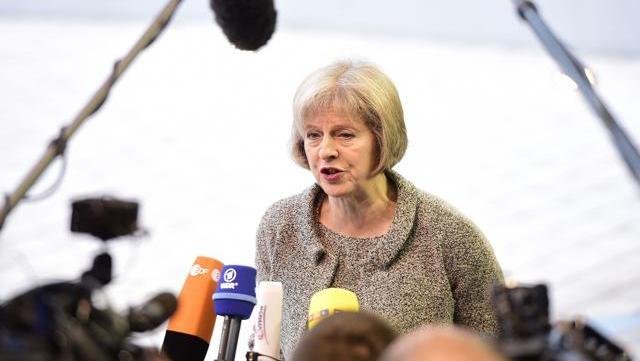 There are a lot of similarities between these firm, but pragmatic, women. Both are pastors’ daughters and excelled at academics before rising to the top of their conservative parties. Now Theresa May and Angela Merkel will go head to head to determine Britain’s future relationship with Europe.

Two years junior to the German chancellor, May is held in high regard by European officials, most of whom welcomed the news that she will take David Cameron’s place as the British prime minister on Wednesday.

“Very disciplined,” is how one senior German official who has worked closely with May described the Oxford University-educated daughter of a Church of England vicar. She has “excellent” relations with French interior minister Bernard Cazeneuve, a source in Paris said.

Described by a veteran British conservative as a “bloody difficult woman”, 59-year-old May will need to muster all the goodwill she can in Europe.

Her task is to deal with the negotiating clout and stamina of Merkel, who in 10 years as chancellor has regularly outlasted other European Union leaders at late-night Brussels meetings.

Under the Lisbon Treaty, a deal on Britain’s departure from the EU must be finalised with the European Council, which groups leaders of the 27 other member states.

Merkel’s role, however, will be crucial. After the Britons voted for Brexit on June 23, she met the leaders of France and Italy to plan the way ahead for the EU, showing that its biggest member states — rather than its institutions — want to determine this.

Both women saw off male challengers on their way to the top.

May, who has been British interior minister for the past six years, will become prime minister simply because Conservative members of parliament elected her leader of the ruling party. But the woman who has declared “I’m not a showy politician” is also replacing a less cautious politician in the pro-EU Cameron, whose gamble in calling the referendum failed.

Merkel and May agree on one thing: In the Briton’s words “Brexit means Brexit”. Merkel has insisted the result of what was officially an advisory referendum must be respected.

Beyond that, battle lines are already being drawn. May says Britain will not rush to trigger the formal divorce proceedings under the Lisbon Treaty. Merkel, however, wants Britain to make its intentions clear more quickly.

On Tuesday, Merkel put the ball in May’s court. “We must now wait until Britain says what relationship it envisages with the European Union and then we will lead, in our interests, the best negotiations for our citizens in the 27 member states,” she said.

The chancellor wants to retain strong links with Britain, Germany’s fifth-biggest trading partner for goods, but her priority is to hold together the remaining EU members.

British diplomats who have worked with May in Brussels rate her highly, saying she is one of the best prepared and best informed ministers to negotiate with their EU partners. Their European counterparts agree.

“She knows Brussels well, she knows the people and how things work here,” said an EU official who deals with justice and home affairs. “She has always been prepared for the meetings, active in intervening, she knows the file.”

Another senior EU official familiar with negotiations in which May has taken part described her as “very professional, very well respected”.

All the indications are May will prove a tough negotiator. “She won’t be an easy partner for the EU,” said the senior EU official, adding that May does not change her tune easily. “She’s been extremely consistent, very persistent.”

A quiet ‘remain’ campaigner, May must now get the best terms she can. Her biggest task is to retain British access to the EU’s single market while restricting immigration from the bloc.

EU leaders say market access can come only with a commitment to the free movement of people — just what British voters rejected. Yet May has a record of negotiating compromises with the EU in such apparently black or white situations.

As interior minister, she opted back into a European arrest warrant system and cross-border information sharing despite Britain’s ‘opt out’ on EU justice and home affairs policy.

In brokering those ‘opt-ins’, the senior EU official said: “She took a great part in the negotiations herself. She didn’t rely on officials… She has very obvious negotiating skills.”

Those skills will be put to the test by Merkel, who said on Monday: “We will have difficult negotiations with Britain, it will not be easy.”