From 206 participating nations to 7.5 million tickets: Rio 2016 in numbers 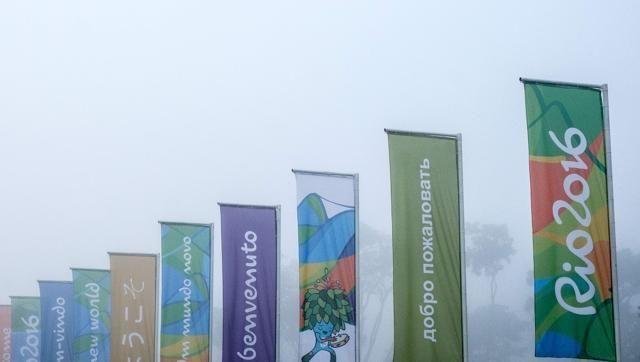 Officials say that the Olympics will be safe thanks to a huge reinforcement by soldiers, elite national police units and others, totalling 85,000 officers.

On August 5, Rio de Janeiro will become the first city in South America to stage the Olympic Games.

17,000 — number of Olympic athletes and officials.

78,000 — the capacity of Maracana stadium, where the opening and closing ceremonies will be held.

1 — team of refugees competing under the Olympic banner for the first time.

7.5 million — number of tickets on sale.

10 — miles (16 kilometers), length of the extension of the underground metro system, the biggest infrastructure project in preparation for the Games.

4 — zones across Rio where events will unfold: the Olympic Park in Barra da Tijuca, Deodoro, Copacabana beach, and the Maracana and Olympic stadiums in the north.

25,000 — number of journalists covering the Games.

500,000 — estimate of tourists expected to attend the Games.

61 — percentage of Rio residents in a recent poll who said the Games will be great. Another 27% fear a mess.

31 — number of tower blocks making up the Olympic Village. The 3,604 apartments will be sold off after the Games.

60,000 — meals per day to be served at the huge Olympic Village dining hall.

5 — number of jumbo jets you could fit into that dining hall.

7 — players in rugby sevens, which brings the oval ball game to the Olympics for the first time ever.

400 — number of footballs expected to be used in Olympic competition.

0 — times that football powerhouse Brazil has won an Olympic medal in the sport.

112 — years since golf was last in the Olympics.

2 — Brazilian presidents expected at the opening ceremony: Dilma Rousseff, who is suspended and on the verge of being removed from office, and her arch-rival Michel Temer, who is temporarily replacing her.