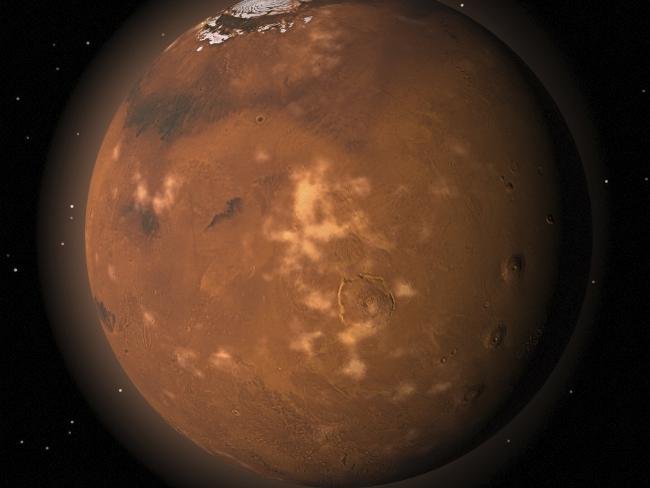 EUROPE’S historic search for life on Mars is due to get underway as a heavy-lift Russian rocket blasts into space from Kazakhstan.

The Proton rocket will launch the first of two ExoMars missions on Monday, costing 1.2 billion euros ($A1.77 billion), designed to uncover signs of past or present life on the Red Planet.

An orbiter carried on the ExoMars 2016 mission will hunt for methane in the Martian atmosphere and show if it is likely to have been generated by geology or biological processes.

In another two years, ExoMars 2018 will send a British-built rover bristling with cutting-edge technology to Mars.

Equipped with a drill that can burrow deep below the radiation-baked Martian surface, it will look for the chemical fingerprints of life.

If the scientists find evidence of life — even primitive life that existed billions of years ago — it will be one of the biggest discoveries of all time.

Humanity will have to re-assess its place in the universe, just as it did when Copernicus showed that the Earth and its sister planets orbited the Sun.

While American rovers have paved the way by investigating whether the Martian environment is or ever was suitable for living microbes, none of them has been equipped to search for life itself. Planetary scientist Dr Peter Grindrod, from the University of London, who is funded by the UK Space Agency, said it’s incredibly exciting.

“This is a series of missions that’s trying to address one of the fundamental questions in science: is there life anywhere else besides the Earth?”

The ExoMars missions are being undertaken jointly by the European Space Agency (Esa) and Russian Federal Space Agency, Roscosmos.

Monday’s launch from the Baikonur Cosmodrome will send two unmanned probes on a journey across space lasting seven months.