The EU is trying to up-end the international tax system, Apple CEO claims 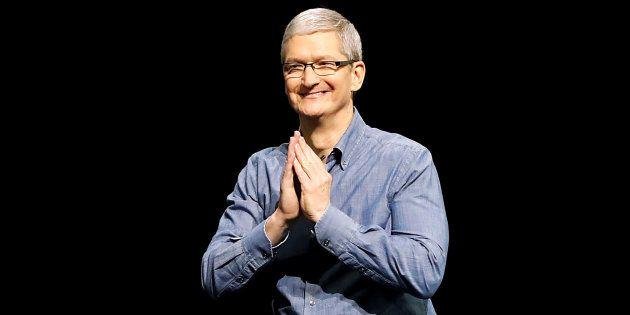 APPLE CEO Tim Cook has hit back at the European Union regulators and their claim the tech giant owes Ireland $19 billion in avoided taxes.

Apple has long been plagued by the accusation of using Ireland as a tax haven due to the country’s very low corporate tax rate.

Some creative accounting is not uncommon for multinational companies however it’s thought that Apple holds about two-thirds of its wealth in Ireland despite the fact that only 3.5 per cent of Apple employees are located in the country, according to Forbes.

But EU antitrust regulators disagree and ruled this week that a special scheme to route profits through Ireland was illegal and stuck the company with the extraordinary bill — a sum 40 times bigger than previously demanded in such a case.

As you’d expect, Apple won’t just take it on the chin and Mr Cook has already penned a defiant blog post saying the decision attempts to up-end the international tax system and hurt the sovereignty of EU members.

“Over the years, we received guidance from Irish tax authorities on how to comply correctly with Irish tax law — the same kind of guidance available to any company doing business there,” Mr Cook wrote.

“In Ireland and in every country where we operate, Apple follows the law and we pay all the taxes we owe.

“The European Commission has launched an effort to rewrite Apple’s history in Europe, ignore Ireland’s tax laws and up-end the international tax system in the process. The opinion issued on August 30 alleges that Ireland gave Apple a special deal on our taxes. This claim has no basis in fact or in law.”

The blog post began by spruiking Apple’s history in Ireland after opening a factory in Cork in 1980 before going on to blast the EU for what Mr Cook viewed as a form of unilateral greed.

“The commission’s move is unprecedented and it has serious, wide-reaching implications. It is effectively proposing to replace Irish tax laws with a view of what the commission thinks the law should have been. This would strike a devastating blow to the sovereignty of EU member states over their own tax matters, and to the principle of certainty of law in Europe.”

Ireland has also expressed concern saying the EU’s approach was “not appropriate,” in a statement that expressed “very real concerns” that the commission is “undermining the international consensus, impeding reform and creating uncertainty for business and investment in Europe.”

The US Treasury has expressed a similar sentiment.

A resolution is far from near with Mr Cook confirming that Apple will appeal the decision by the European Commission.